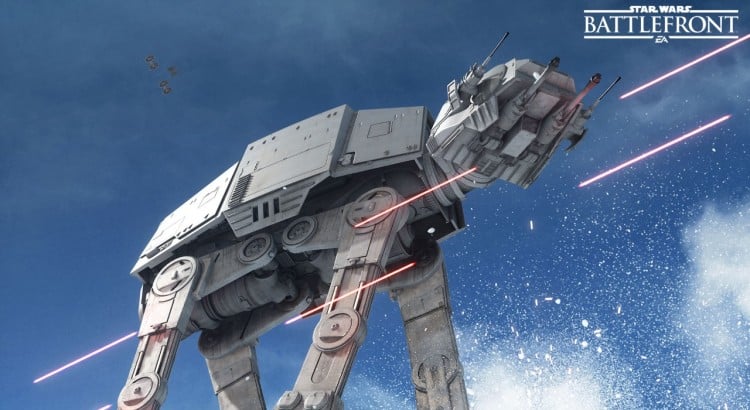 DICE has now acknowledged that Star Wars: Battlefront’s Walker Assault Mode is no balanced well, with it favoring the Imperials side over the Rebels, and has stated that they will take care of the problem before its released.

On Twitter, one fan claimed that he never won a Walker Assault match while playing on the Rebel side in the beta. He asked, “Does this mean I suck?” The community manager for DICE, Matthew Everett replied with “Nope! It’s a balancing issue with the beta.”

During the Walker Assault mode, the Rebel side is trying to destroy two Empire AT-ATs by securing outposts to call in Y-wing bombers. During this time, the Empire is trying to keep the Rebels from activating their command posts. It seems that the Rebels have the harder job.

DICE has not stated specifically how they will change Walker Assault to make it more balanced.

Moving on from this story, EA has announced that Battlefront will be getting four expansion packs that you can purchase through the games $50 DLC pass. There will also be three new multiplayer modes.

Star Wars: Battlefront is set to be released on November 17th for PC, PlayStation 4, and Xbox One.