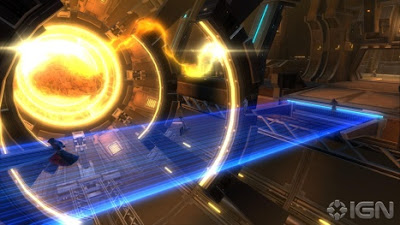 More big news about SWTOR from IGN; a new flashpoint has been released and they are here to tell us something about it. IGN writes today about The Hammer, SWTOR’s newest flashpoint and what we can all expect from it:

“The Hammer, a separate Flashpoint set on an Empire-controlled superweapon, is more focused on the cooperative aspects of group play. The Flashpoint is set on a massive weapon designed to fire gigantic asteroids indiscriminately at planets, and you have to shut it down.”

If you want to learn more about The Hammer and dungeon runs in SWTOR in general, you will love this 1,000+ word write-up from IGN. They give us a complete, honest walk-through of The Hammer. If you’ve had an opportunity to play a flashpoint already, we’re curious what you think about the potential of the newly announced The Hammer, as well.

Spoiler Alert: If you don’t want to know certain information about the bosses or the dungeon, then you may not want to read this preview.
IGN concludes:
“The Hammer provided a good amount of difficulty and while the story elements weren’t as prominent here as they were in the Esseles, the ability to have a different experience based on which trade skills are present still made for an interesting dungeon run.”

Interesting indeed! Cannot wait to play it myself and if you want to hear all the details of this player’s experience, head over to IGN and read the full preview of The Hammer flashpoint.

For more about flashpoints in SWTOR, check out this thread on the official forums.