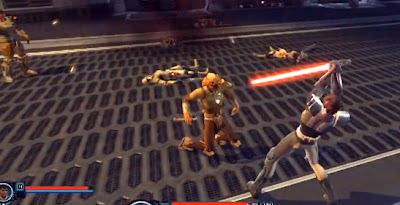 What is all the hype of SWTOR all about anyway? We already know that there are a select group of Star Wars fans who have been waiting forever for this game and there will be some SWG crossovers (those who are not blacklisting it) but still, that leaves a massive interest in the game. Where is it coming from?

A story on UK’s Gaming Entertainment explains how SWTOR engages buyers, which is one reason they believe it is so popular.

We are under no illusion that sales will be that of MW3, but we have been surprised at just how much attention SWTOR is having on gamers. According to this source The Old Republic has now made it to the number one position for pre-orders, which is said to be more than 180,000 more than its closest rival.

So what are their reasons for why SWTOR is getting so many pre-orders when it’s still 6 weeks out from launch? One reason: the big launches have already happened this year. Early access for those who pre-order is another reason.

As for me, a long time MMORPGer, I think SWTOR engages buyers because it promises a lot of things gamers have been looking for. Whether or not it delivers on all of those promises, we can’t be 100% certain at this time. But for now, the mere promise is enough to have gamers pulling out their credit cards and ordering those pre-orders.