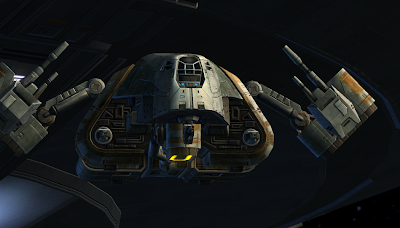 This news comes late, but according to the EA quarter earnings call last week, subscriptions to SWTOR are up- way up! Industry analysts say SWTOR is seeing some good numbers. They are reporting 1.3 million paid subscribers. If you remember another recent report, however, these numbers are just slightly off of what BioWare reported- 1.7 million. Either way, the numbers are fairly close and it means a positive thing for SWTOR and also for EA.

So far, so good for BioWare and EA because the subscription numbers are high and it’s still a very new game. We can expect that these numbers will continue to grow if they keep the content updated and fresh and work hard to spot and eliminate bugs and glitches in the game.

Game Industry reports:
“Doug Creutz from Cowen estimated the figure of paying players to be between 1.3 million and 1.5 million, with 200,000 to 400,000 still enjoying their first month’s free trial.
Baird Equity Research concurred with the 1.3 million estimate, despite originally predicting the number to be 1 million.
‘More important from this point will be the trend in paid subscription levels, which will depend on user engagement and the pace of new content deployment,’ said analyst Sebastian Colin.
But Wedbush’s Michael Pachter was more conservative, putting the figure at between 900,000 and 1.2 million.
‘The worst case is that 900,000 out of 1.2 million purchasers through December 31 converted to paying subs (75%); the best case is that 1.2 million out of 1.5 million purchasers through December 31 converted (80%).’
He too points out that any January purchasers will still be playing for free.”