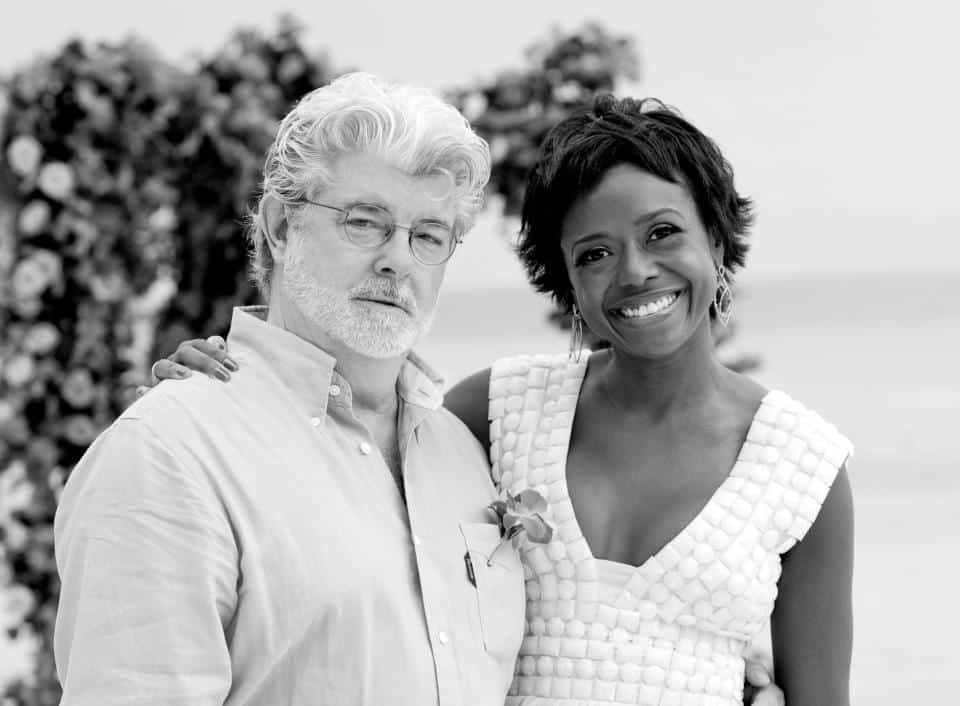 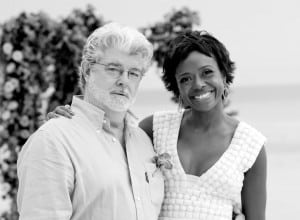 Good news for Star Wars creator, George Lucas. His firm announced this week that he is official engaged to long-time girlfriend, investment firm president Mellody Hobson. This is great news for the “Star Wars” and “Indian Jones” creator who has been dating Hobson for more than six years and it seems he may finally be in a position where he can commit to marriage. Known as a man who has been married to his work, it will be nice to see him have time to fully settle down with someone special.

Hobson serves as chairwoman of DreamWorks Animation and is a financial contributor to ABC’s “Good Morning America” so she is no stranger to the film industry either. We wish the both of them the best in their upcoming nuptials and for a long and happy life together! Congratulations Lucas and Hobson!

Lucas, 68, and Hobson, the president of Chicago investment firm Ariel Investments LLC, have been together for the past six years. It will be Lucas’ second marriage. He was married to Oscar-winning film editor Marcia Lucas from 1969 to 1983. – Via the Chicago Tribune

Star Wars issued their official congratulations on Facebook: “Congratulations! We are thrilled at your engagement and wish you all the happiness in the world.”