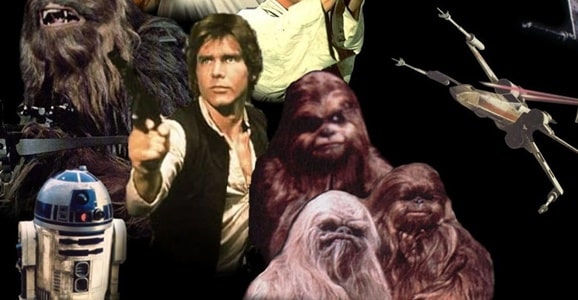 Today marks the anniversary of The Star Wars Holiday Special. I wasn’t alive back in 1978 but as a long-time Star Wars fan, I heard about it and of course, wanted to see it. While November 17, 1978 marked the first AND last time this two-hour musical variety show would be aired (thank you CBS), it is still possible to find it on the Internet if you’re so inclined.

While the special was intended to capitalize on the success of the 1977 movie and hold fans over until the 1980 release of The Empire Strikes Back, things did not go as planned. It ended up being a terrible flop.

Reportedly, George Lucas was only tangentially involved in the production and he hated it so much, he tried to make it disappear. Leave it to the Internet to revive what should be left to die, but I digress.

The basic premise of the special is the story of Chewbacca’s family and how they celebrate the Wookiee holiday Life Day. Han Solo is trying to get good ‘ol Chewie home for the holidays but they’re given trouble along the way by Imperial troops. We then see Chewie’s family (wife Malla, son Lumpy and father Itchy) passing the time with various forms of entertainment. That’s when it really gets weird. I mean, if you have not seen it, you just don’t know the level of weird.

While the special had a lot of talent behind it, ultimately it wasn’t done well and I have yet to meet a single Star Wars fan who actually enjoyed it. It is a fun little piece of Star Wars history, however, and if you have nothing better to do, you should give it a watch. If nothing else, you’ll get some laughs and some groans out of it.

And if you happen to be a fan of the Nostalgia Critic, you might know that he actually did a hilarious (and accurate) review of this holiday special. You can see it here: