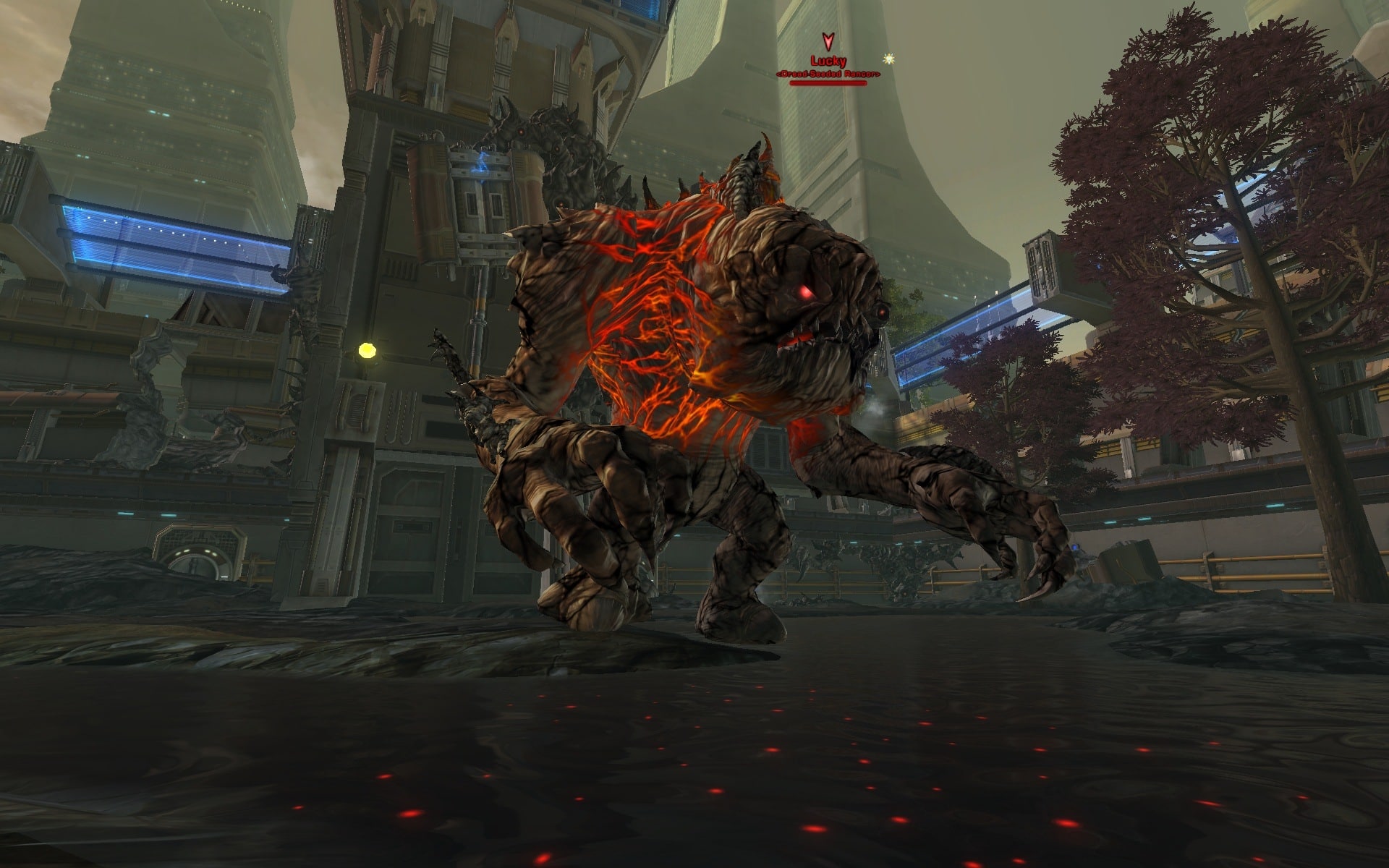 It looks like a new world boss have been added to Corellia in patch 2.0. The big guy goes by the name of Lucky and is a “Dread-Seeded Rancor”. Not much is known about him yet, but it’s apparently a pretty straight up tank-and-spank fight.

So far there is no reports of any good loot. A few greens and level 9 mats. Hopefully they’ll fix that when 2.0 drops. Below is his stats: 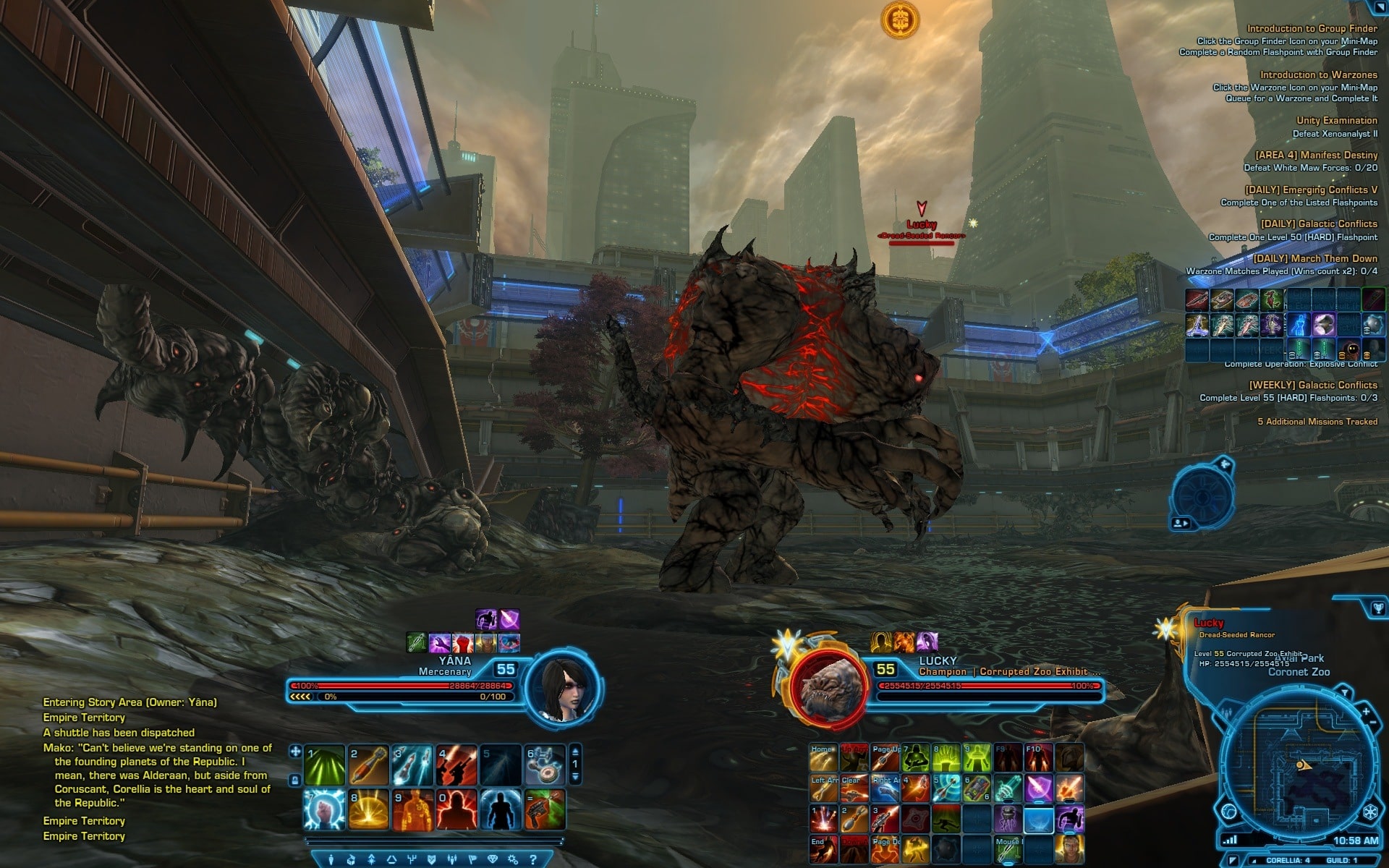 It looks like maybe 8 competent raiders could kill it in 63-66 gear? If so, it might be just a fun thing for casuals to be able to experience without having to gear grind.

I find it strange though that it’s out on Corellia, when there’s no new content out there and nothing else for level 50-55 players on the planet. Maybe be course he is a “Dread-Seeded Rancor” and there is a bunch of evil growth, around the area were he roams; he might have something to do with the expansion and the Dread Masters? Maybe this is also where the Dread-seed armor will come from? You can find the Dread-seed armor under achievements -> outfits in 2.0.

Below is the most interesting thing about him actually: 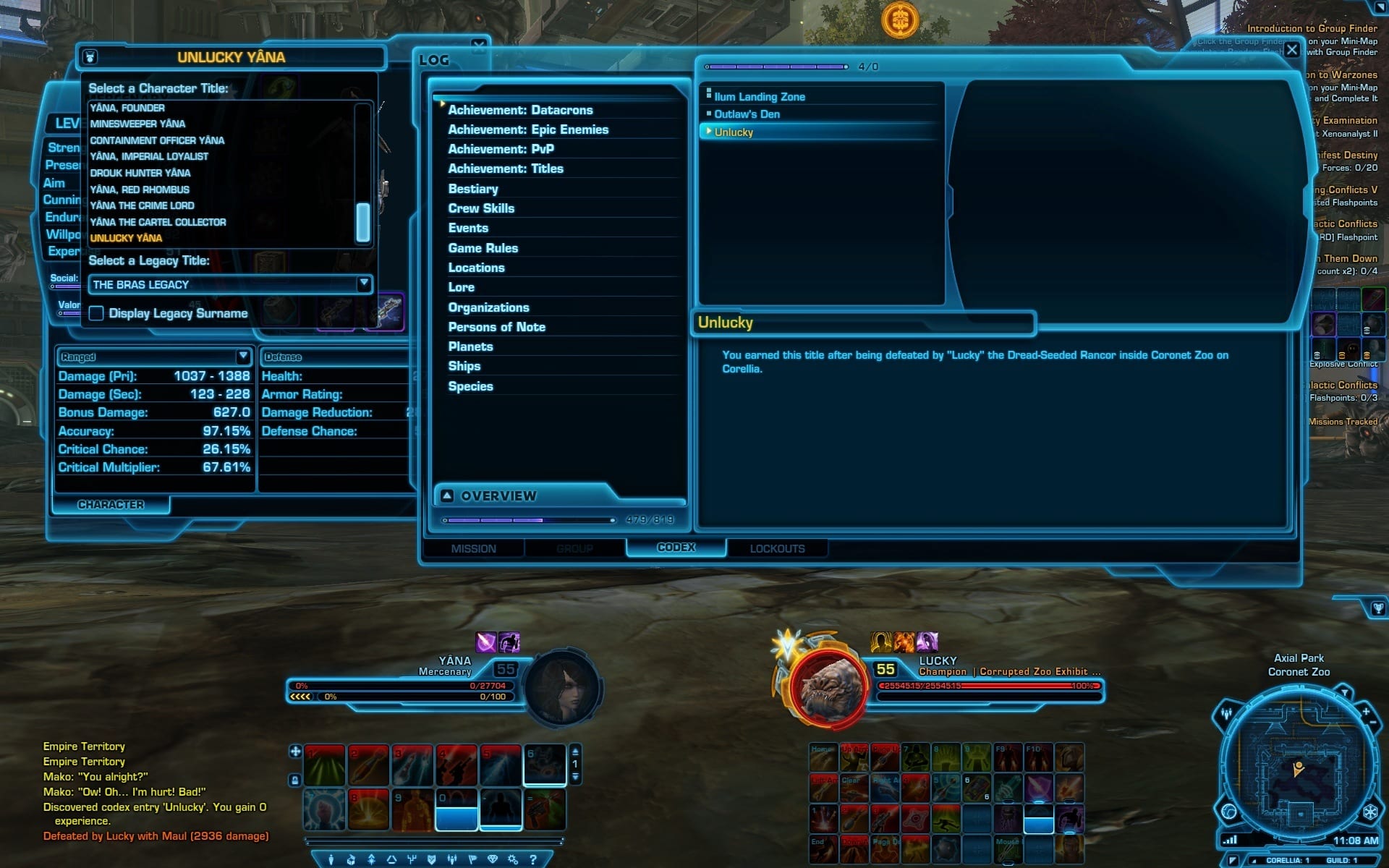 Yes people, you read that right. “After being DEFEATED by Lucky.”