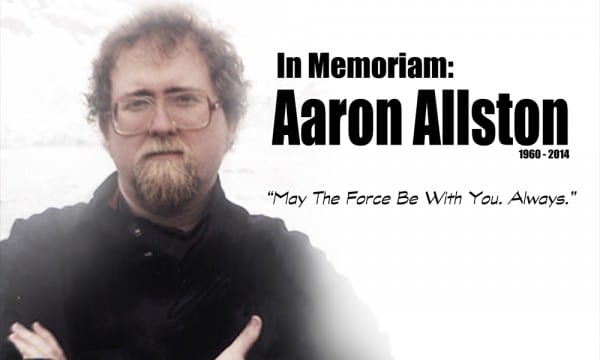 Last week, the world lost a very wonderful writer and special person named Aaron Allston. He born on the 6th of December in 1960 and passed away on March 1st, 2014. He wrote and designed video games and also was well known for writing Star Wars books. He and Michael Stackpole worked together to create the X-Wing Series.

He also wrote three books from Fate of the Jedi novels: Outcast, Backlash, and Conviction. The news of his death was first reported on Facebook by Sean Patrick Fannon:

Thank you Aaron for all you have given us. Your legacy will live on, although you are now one with the Force. Our thoughts are with his friends and family as they struggle through this very difficult time.