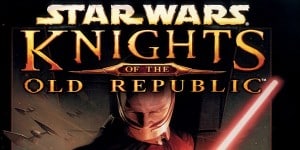 How much would you like to see a KOTOR Anniversary Edition? If you answered high, you are not alone. There are many fans out there who are anxiously awaiting word that we might see an Anniversary Edition for Star Wars: Knights of the Old Republic. And word has it, Microsoft executive Phil Spencer thinks this sounds like a good idea.

Responding to a fan on Twitter, Spencer revealed KOTOR was one of his top 5 RPGs, alongside Ultima Online, The Bard’s Tale, The Elder Scrolls III: Morrowind, Fallout and Baldur’s Gate. He was then asked if we would see an Anniversary Edition of the game, as we have done with both Fable and Halo.

While he acknowledged potential difficulties centered around developments since then, he also said he would discuss it internally to see if Microsoft could make it happen.

@JacobTaylorN7 I like the idea. No idea how the rights would work on that now with all the changes. I’ll put a vote in.

So that’s a positive sign that we just might see something in the future. We’ll keep following this story and we’ll let you know if anything more develops from this. So while there are surely a lot of hurdles to jump to make it happen, we are really hoping something might come of it in the near future.