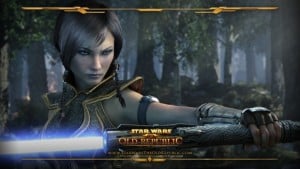 This is a common question that comes up in MMORPG communities fairly often. Most WoW players will recall the masses asking for murlocs as a playable race for so very long. Love it or hate it, people wanted to see it. Just like people will want to be able to play wookies in a Star Wars game, there is always something that captures the attention of the players, even if it doesn’t make sense or fit with the natural lore and story.

Sometimes fans just want what they want. Sometimes fans want things that don’t make any sense in the grand scheme of things. While we may not ever actually see this live in the game, it can be fun to speculate about what could be. And you never know- Bioware does listen to fan feedback, especially when it comes en masse.

With the way SWTOR is growing and changing to expand over time, we might see some more playable races so it can be fun to think about what they could potentially be.

So here are some fan picks for playable races that have been suggested within the community so far:

So what races would you really like to see in the future? Are there any specific races you have always dreamed about or thought about being able to play in the game? If you had your choice to be able to pick any new playable race, what would it be?

When speaking of new playable races, are there any limitations you can think of for what we should or should not have?