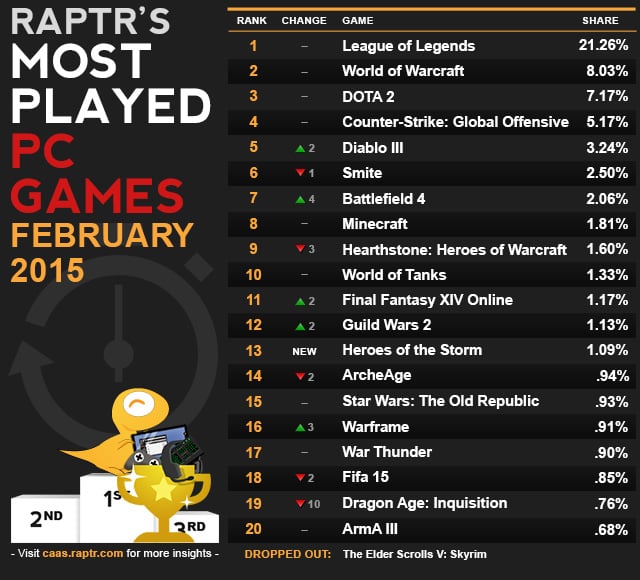 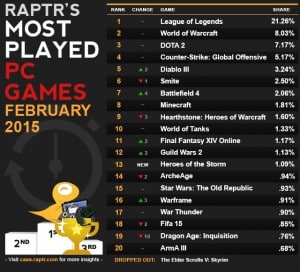 Raptr’s newest most played list for PC games is out and we see SWTOR still holding strong in the Top 20 at position 15. February’s Most Played PC Games list looked pretty similar to January’s but with one big addition: Blizzard’s MOBA contender Heroes of the Storm! The top 5 games has remained pretty much the same over the past few months but something else that has remained consistent is SWTOR on the list.

We’ve seen some other games move around here and there due to different factors. Battlefield 4 gained four spots in February, which is likely because of people preparing for the release of Hardline. Hearthstone lost 3 places and Dragon Age Inquisition lost a whopping 10 spaces on the list. ouch!

Final Fantasy XIV and Guild Wars 2 both moved up two ranks. The free login weekend at the end of the month probably helped Final Fantasy move up on that list.

With all the moves up and down, SWTOR has stayed right where it’s at, which we thing is a pretty good indicator of the consistency of the game and its fanbase right now.