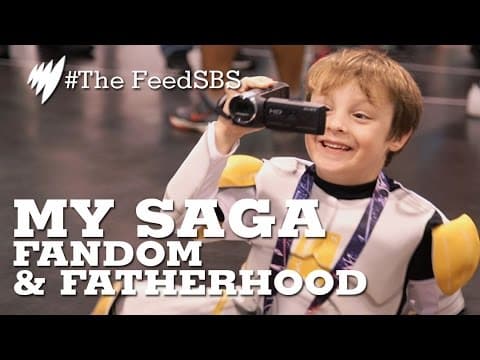 A man named Adam Harris who lives in Australia is most likely one of Star Wars biggest fans. He named his son Jack Anakin Harris, after all. One week before his second child entered the world, he suffered bad headaches and then found out that he had an inoperable brain tumor. While lying in the hospital bed he began having regrets for never having travelled to the US where Star Wars was born.

During this time of hardship, he had a brilliant idea. He decided to create a documentary about taking his son to America to live out the Star Wars dreams. They used crowdfunding to pay for the project and Harris and his son attended the Star Wars celebration in Anaheim.

Click here to watch this inspiring video made by The Feed: