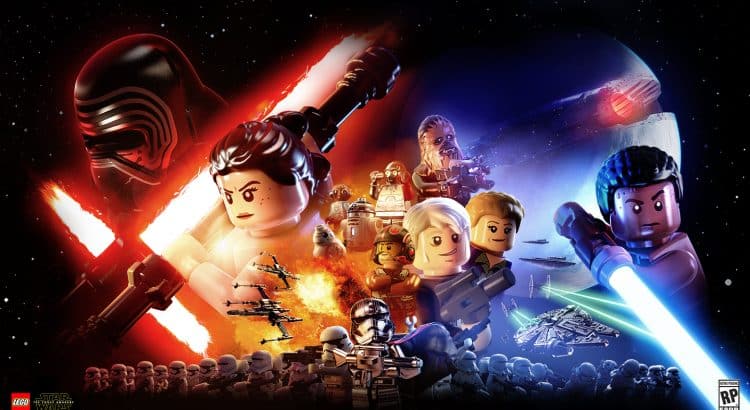 Looking for something fun from LEGO Star Wars? Here’s a trailer that got me excited, since I’m a big fan (so are my kids). This 2-minute trailer will show you just what you can expect from the new adventures. If you love LEGO Star Wars and The Force Awakens, then you’re really going to appreciate this. We knew with the release of the new films and the renewed excitement of Star Wars in mainstream culture that we were going to see many things Star Wars themed. It’s true that unless you’ve been living under a rock on a deserted island, you’ve heard of Star Wars. For some longtime fans, the new popularity of the franchise is annoying. Some feel like every company is just pandering to the popularity that came from the new movie.

While not everyone will agree, I am happy about the new popularity of the franchise. You can never have too much Star Wars and it’s great to see a new generation be able to grow up on the movies and it’s a lot of fun to see new stories. I know some people will break them down and analyze them, compare them to the previous films and more, and if that’s your thing, have at it! For me, I just appreciate it for what it is and that’s what this new LEGO Star Wars is for me. It just looks like fun.

It has voice content from the actors from The Force Awakens and you will get to see all of your favorite stars back in action on new adventures, in LEGO form of course.

Coming June 28th but you can purchase early access.

May the 4th be with you! LEGO Star Wars: The Force Awakens trailer reveals new adventures!

So what did you think of this trailer? Will you want to watch these new adventures? I am definitely excited.

You can pre-order LEGO Star Wars: The Force Awakens