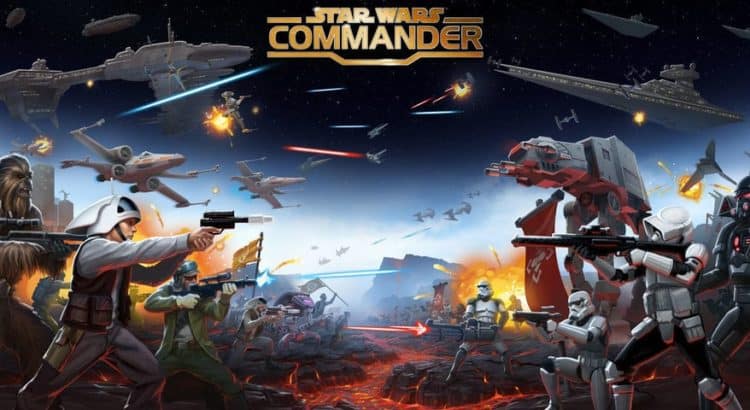 And another Star Wars game bites the dust! Unfortunately, the Star Wars Commander mobile game is shutting down in June. This is not a rumor, folks. It was announced in an official notice on their website.

“We have come to the decision to shut down Star Wars™: Commander on June 12, 2020. As of March 13, 2020, all in-game purchases have been suspended. Star Wars: Commander will remain playable until 11am GMT on June 12, 2020. We will not be providing refunds, however any remaining credits will of course be available to use until June 12. We are also soon announcing in-game changes to make the rest of the time with the game extra special for our players.

Lastly, we want to say a huge thank you to all players for their continued support of this game. The community behind Star Wars: Commander has made it an extraordinary experience for everyone involved.

So, there you have it folks. If you have remaining credits, you’re going to want to go ahead and use them up since you can’t get a refund.

Honestly, a lot of people who played it are surprised it made it this long. It seemed to be plagued with a lot of bugs and issues. Players also complained of lack of new content so the game grew stale rather quickly.

It still managed to outlast Force Arena, which seemed to be a more popular game with the player base. While it would be great to get a new, lasting Star Wars mobile game, the genre isn’t faring too well so far.

And there are some really awesome, really popular mobile games out there that keep people playing for years, and that keep them opening their wallets and paying real-world cash to enjoy the game more. If only the developers could give us something great like this with a Star Wars theme. How hard could it be?