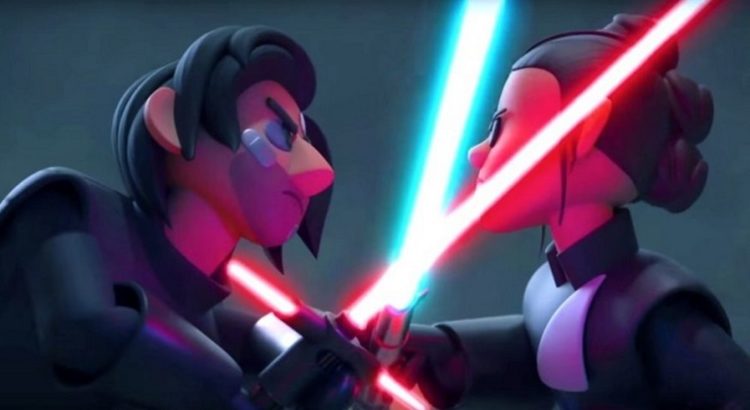 Want a little laugh in your day? This Animated Episode 9 just made my whole day. It’s a lot of fun and will give you the breakdown of what would have been for the canceled Duel of Fates.

Before JJ Abrams came on board for Star Wars: The Rise Of Skywalker, Collin Trevorrow was slated to direct his own version, Duel Of The Fates. Unfortunately, that would never be. But, what would it have been like?

Vastly different to the Episode 9 that we ended up with, it included no Emperor Palpatine, his Master Tor Vallum (using concepts from a cut character from the JJ version) more Rise Tico and General Leia, a double-sided lightsaber for Rey, Kylo Ren as the main protagonist and about the same amount of the Knights Of Ren we actually got.

Here’s a great video from Mr Sunday Movies that will tell you all about it. He took the Episode 9 script and turned it into an animated film overview for us. And it’s animated by Ethan so go check him out and show some love, too.

This is the closest we’ll get to seeing what this could have been. Check it out!

It’s just about 10 minutes long, and really all the story is in the first 5 and half minutes, and the remaining minutes are concept art clips.

A lot of fans were disappointed that Trevorrow’s version isn’t the one we got. The concept art that he was making before he was replaced by Abrams was a clear favorite to a lot of fans. Darker and edgier, it likely didn’t fit the Disney motif, but this is a little glimpse into what could have been…