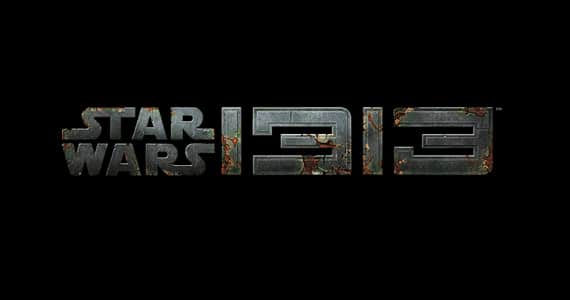 We were shown a placeholder character at E3 and the Star Wars Celebration, but they planned to use the infamous bounty hunter in 1313, with him running a mission through the seedy underbelly of Coruscant. This added a whole level to it for fans.

But unfortunately… it would not be.

However, a source of IGNs recently showed them a 15-minute demo of Star Wars 1313 that would have been at this year’s E3 and they released some interest info and screencaps from this new information.

Star Wars 1313 would have begun with a prologue on Tattooine. Various bounty hunters seen in the game would have worked for different crime bosses, and Boba Fett unsurprisingly served Jabba the Hutt. Here we see a young Fett very early in the game, long before he even has his Mandalorian armor, instead wearing only his most basic outfit.

Coruscant was meticulously detailed, with structures seen here made up of derelict ships and spare parts (including TIE Fighter wings if you look closely). It’s not hard to make out a Corellian freighter here (though our source assured us it isn’t the Millennium Falcon), and you can see the gigantic scale of the environments the development team intended.

Our source explained that at one point in the story, Fett would also end up in layer 1314. While 1313 is a corrupt metropolis controlled by crime families, 1314 is a rarely-explored slum that has been shrouded for years in complete darkness. Part of the story of Star Wars 1313 would have seen Fett fighting his way through layer 1314 in search of his bounty.

They go on to explain what the demo showed them about the story and how the game was going to be created. There’s a lot of speculation but it’s really interesting nonetheless. You can head on over and read it all for yourself. We’d love to know what you think!