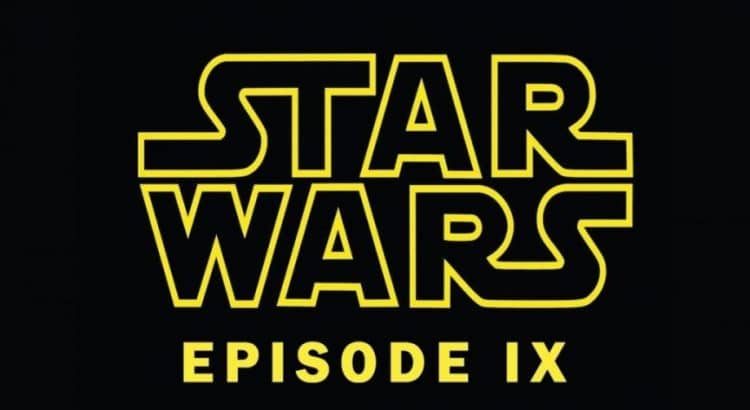 We know that the next installment in the Star Wars movie saga is set to come out this winter. In the meantime, as we await Episode IX, we are looking for any and all details and updates about the film to keep us entertained. We know that Star Wars: The Last Jedi is set to release this December. The film is going to follow Rey as she begins training with Luke Skywalker as the First Order continues. A trailer revealed at Star Wars Celebration which has fans super excited to see more. As usual, the team behind Lucasfilm know just how to generate that hype.

So while we know that Lucasfilm is very busy with the eighth film in order to have everything ready this winter, that also means that Colin Trevorrow has been working hard on the script for the ninth film and it just might be time for its first script reading.  This means the writer will hand it over to the executives for review on the movie script. This is essentially the first step for a film

Star Wars News Net confirmed the script reading will happen soon, and it also mentions that Kathleen Kennedy (Lucasfilm President) said there is talks of other spinoffs happening in the coming months as well. In a report by the Spanish eCartelera, Kennedy reportedly stated they will kick the spinoff talks into high gear. Here is a rough translation:

“To be honest, we are beginning to talk about [the spin-offs] right now. We have four or five weeks immersed in the film ‘Han Solo’ and we are about to read the script of Colin Trevorrow’s Episode IX directed, so we have a lot of work at the moment. In the next six or eight months we will have some meetings about the stories that we will develop here. After 40 years of adventures, fans have so much information and so many theories about the way that can take these stories and theories that emerge are sometimes new ideas for us that we hear, read and pay attention to everything what is said. It is clear that the franchise is owned by the as much by the fans as it’s owned by [the people at Lucasfilm].”

So while the current film is definitely top of mind for Lucasfilm, there’s no stopping this franchise train right now. And why would they? This is a major cash cow for the company as they see a revival of old Star Wars fans as well as new fans coming into the mix. We’ll keep you updated if we hear anymore word about that script reading. Stay tuned!