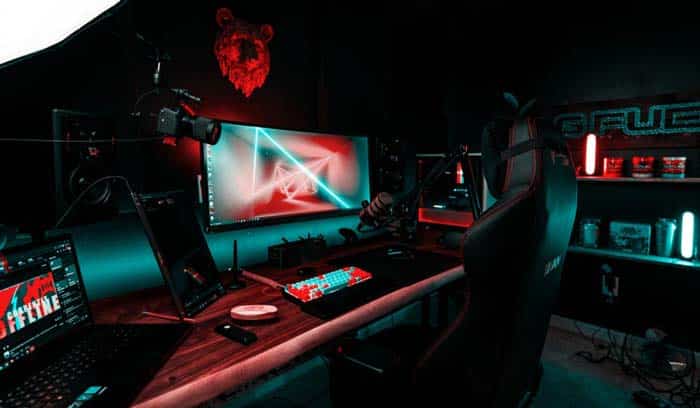 Technology has allowed for vast improvements for those who enjoy playing video games and has opened up the element of streaming. The realistic graphics have allowed content creators to unlock new ways to engage audiences.

Some have even thrown it back to playing college football games. Unfortunately, there haven’t been newly produced college sports games, which allowed some to make college basketball picks based on simulations. Or at least it was a fun way to preview games in the past.

Sports games are incredibly popular, especially when those sports are in season and the content plans are still active and building toward their climax. Then some games are at their peak on release dates and the weeks following.

Playing video games sure has come a long way from the Sega Genesis, the original Nintendo, and even the Pong days with one ball passing back and forth between two vertical bars – like tennis. What was once restricted to LAN events and community gaming in-house has spread across the country rapidly over the past 20 years since the internet opened up new ways to communicate.

The most recent development over the past decade has been streaming. It started with games showcasing the top gamers in tournaments in other events, whether streaming on YouTube or being broadcast on television nationally and perhaps internationally. Now it’s something an everyday person can do from the comfort of their home or even if they are traveling.

Platforms such as Twitch, YouTube, and Facebook offer any person the ability to showcase their gaming skills, stream their own music or build communities in a variety of ways while having the ability to make money. Some have even gone into full-time content creation because of their successes over the years. Here are a few ways gamers can improve their skills or stream set-ups.

There is a lot of technology involved in gaming. It starts with having the newest devices to have the best gaming experience, like precise picture and fastest hardware. It’s been two years since the Xbox Series X, S, and the PlayStation 5 hit shelves or were at least sold online. While it was a slow rollout, the prices remain the same, and they are a tad easier to get their hands on.

Other options are upgrading to a gaming laptop or PC. There are prebuilt options and options for people to build their computers. These are pretty pricey, but the shelf life is often longer than the newest consoles.

Choosing the best device can sometimes be based on the user’s favorite games.

The typical gamer is used to playing on television, but as gaming has grown more competitive, technology has made a huge difference. Upgrading to a gaming monitor will ensure the clearest picture, tighter windows to see everything, and some of the best colors. But be sure to check the compatibility with newer devices for proper hertz and pixels.

Streamers have a lot more to go into it. For instance, there is not only the gaming setup but an additional setup to ensure the stream is quality. Often there will be a separate monitor just for the stream to ensure everything is OK and read the chat.

There are camera upgrades, including those with autofocus or high definition. Different microphones improve sound quality, microphone stands for consistency, and also different headsets for communicating with teammates or having separate audio for viewers.

Others will get an El Gato stream deck to create shortcuts for their different overlays (screens that inform chat if the stream is starting or ending, sound effects, lights, or other things the streamer uses). There are also things to improve the controller. Kontrol Freeks help grip a controller to move stuff better if there is a timing lag.

Then, like any computer, upgrading a keyboard and mouse can improve the feel of gamers who use those instead of a controller. It can also double as improving a work from home setup.

Adding memorabilia collected over time, purchased, or getting customized gear promoting the brand is a nice touch for the background.