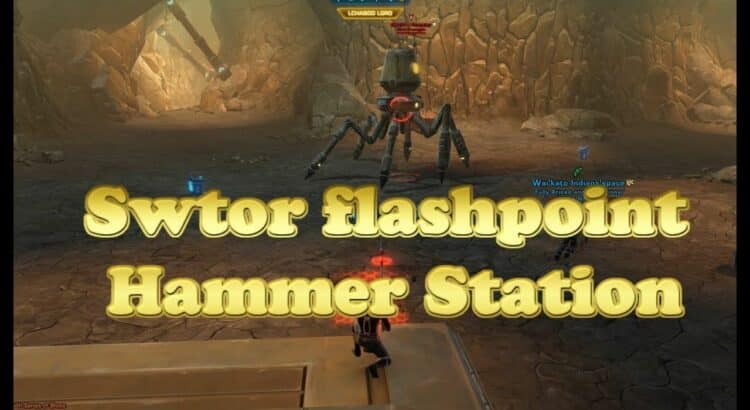 Hammer Station is a level 15 flashpoint in the massively multiplayer online role-playing game, Star Wars: The Old Republic. Located on the planet Taris, this Imperial facility serves as a training ground for new recruits and a testing ground for experimental weapons and technology.

Players enter Hammer Station as members of either the Republic or the Empire, and must work together with their team to overcome various challenges and enemies. The flashpoint consists of four main boss fights and numerous smaller skirmishes along the way.

One of the first challenges players face is a group of security droids. These droids are equipped with advanced weaponry and shielding, making them a formidable foe for even the most experienced players.

Next, players must face off against a group of battle droids. These droids are programmed for combat and will stop at nothing to eliminate the intruders. Careful coordination and strategy are key to defeating this enemy.

After defeating the droids, players must navigate through a maze of corridors and rooms, battling waves of Imperial troops along the way. This section of the flashpoint tests players’ ability to adapt to changing combat situations and to work together as a team.

Finally, players must confront the flashpoint’s main bosses: Overseer Harkun and Colonel Rian Darok. Overseer Harkun is a skilled tactician and a formidable opponent, while Colonel Darok is a powerful force user and a master of lightsaber combat. Defeating these two bosses requires precise coordination and quick reflexes.

Overall, Hammer Station is a challenging and exciting flashpoint that tests players’ combat skills and teamwork abilities. Its challenging enemies and engaging storyline make it a favorite among Star Wars: The Old Republic players.