Happy Star Wars Day everyone! May the 4th, and the force, be with us all today.

May 4 is called Star Wars Day (also sometimes known as Luke Skywalker Day) because of a pun on the similarity between “May the 4th be with you” and “May the Force be with you”, a phrase often spoken in the Star Wars movies.


Despite efforts to start a Jedi Church with 4 May as its Star Wars Day, as of 4 May 2009 there is no religion-supporting organization that promotes 4 May as Star Wars Day.


In 2005 German news TV channel N24 interviewed George Lucas and asked him to say his famous sentence, “May the Force be with you.” The translator simultaneously translated to German: “Am 4. Mai sind wir bei Ihnen”. (We are with you on May 4). This was captured by comedy show TV Total and aired on May 18, 2005. 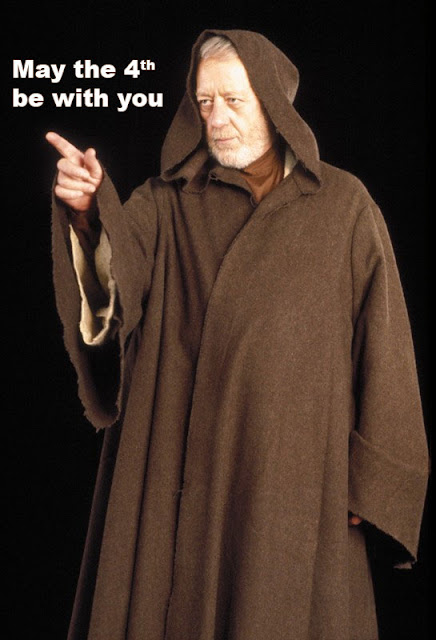 Don’t be too proud of this holiday terror you’ve constructed. The ability to destroy a planet is insignificant next to the power of the Forth!