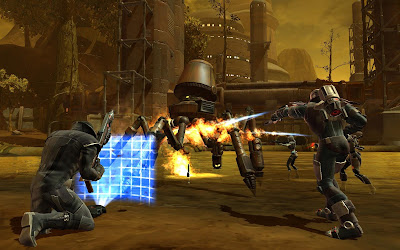 The guys over at Torocast, have released yet another video interview from E3 2010. This time it’s the interview is with Media Designer for SWTOR – Brian Arndt.

Much like our last interview, we focused on asking questions that were outside of the box to get to know the people behind Bioware and what their job is like. So we didn’t ask those juicy questions that only get a “We can’t talk about that now” answer and focused on the behind the scenes peek at what is going on with the game and how things are done. As a result we have our interview with Brian Arndt about his role as a Media Designer for SWTOR.