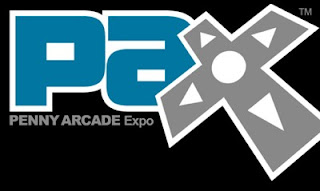 As you all know, PAX is currently in full swing and BioWare is there as well showing of Star Wars: The old Repulbic . And website Ask A Jedi has the first details. In particular they had a Q&A session with Senior Producer Blaine Christine and Lead Writer Daniel Erickson and posted a few highlights from that (with the full interview to follow later):

At least it’s very good to hear that BioWare has heard the complaints on the name for the Consular’s advanced class, giving me hope that they’ll see reason and change the name to something better. The third point gives me some hope that maybe, just maybe, they’ll allow players to switch advanced classes. I think that it would be really sweet if within one character you could have a build for each of the advanced classes (and switch somewhere in the city or such). I hate being locked into a single role in MMOs and that would at least give some flexibility.

Of the two classes I’ve played so far (Smuggler and Sith Inquisitor,) both of them felt visceral. I felt very connected to the character’s movement and abilities. There were no disconnected animations that were supposed to be connected to an ability I pressed 3 seconds ago, etc. There’s lots more to say, but I’ll leave you with that one for now. To me, this is probably the most important thing – that control “feels” right – considering the amount of time we tend to play these games.