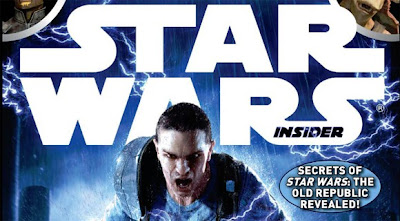 In the Recent Star Wars Insider Magazine #121, James Ohlen revealed a lot about almost every aspect of Star Wars: The Old republic. For hard-core followers of the game, there isn’t much new information, but there is a few interesting statement, concerning casual content:

“A lot of people are scared of massively multiplayer games because a lot of MMOs can become a grind… We’ve chosen to avoid that. We always give the player a story to drive the game forward.

One of the more Interesting part of the Article is where Ohlen is speaking about the Sith Storyline. He explains about one of the first tasks that need to be done will be to kill your master. When that is done you need to locate a jedi and corrupt him.

Furthermore he is outlining how the decisions you make affect the story you experience but also effect your character customization.

Another thing that I found interesting was his comments about combat:

It’s a rule-based system, so you don’t have to have good hand-eye coordination or anything like that.

I really hope it won’t be as bad as World of Warcraft, but it is not a major issue for me.

You can also pick up the new issue digitally over at Zinio.com.