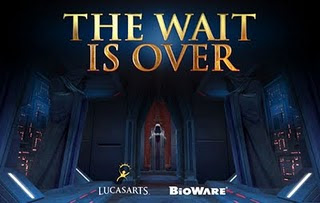 If you plan on playing SWTOR you should buy ASAP because the news is out that there will be a limited release, and not just on preorders. When the news was first announced by EA that pre-orders were ready, gamers scrambled to ensure they would get one of several limited Collector’s Edition copies of the game.

But now the news seems to be the same for any edition you want to buy and not just for pre-orders. Game Informer reports that there will be limited copies of all versions of the game- both digital and physical. Just how many copies will that be? Well, your guess is as good as ours because they’re keeping the number secret.

“The representative said that EA has an exact number set for how many copies will be sold before the publisher turns off digital sales, but they aren’t going to share that number. If it is hit, the publisher will be working non-stop to expand its server capabilities as quickly as possible so the game can once again be open to new players. However, the representative was unsure if this would take hours, weeks, or as long as a month.”

This news would also support the original reporting of BioWare limiting the game geographically as well (at least initially) and it makes sense when it comes to providing high-quality service, especially on launch day. One thing’s for certain- they really want you to preorder this game.

So if you’re serious about playing SWTOR, you may not want to wait. They are already breaking pre-order records and waiting too long might mean you miss out on your chance for a copy.