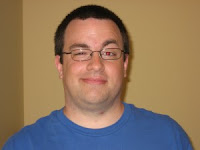 The guys over at TORWars are famous for giving us good interviews on SWTOR from time to time. They recently posted an exclusive interview with Star Wars: The Old Republic‘s Principal Lead Combat Designer Georg Zoeller. It’s not the first interview we’ve seen with him but this one is really in-depth- 1,500 words worth, actually.

Zoeller is full of information and knowledge about SWTOR, game design and the industry in general. This is one of the many reasons why fans love to read his interviews. He’s a class act and this interview with TORWars is direct and full of great juicy details and not your typical boring answers to the same old questions again and again.

TORWars: How do you go about designing a combat system that will keep players excited and motivated for numerous hours a day, potentially over a number of years?

Zoeller: Options. The Advanced Class system allows characters to fill several roles within their class and through our skill trees we offer multiple types of gameplay with a lot of depth. This goes a long way to making sure players can get the most from their class.

Where we deviate a bit from other games is that we’re not approaching player versus player class design from a rock-paper-scissors approach. While certain situations will certainly favor one class over another (e.g. charging an entrenched Sniper with all defenses up is probably not a great idea, even for a Guardian), the combat designers have spent a lot of time ensuring that player skill and situational awareness are the major deciding factor in such encounters.

For those who prefer PvE or small groups for PvP, having 5+ companions each with their own ability progression, customizable AI and equipment customization offers a lot of interesting progression options they can stay busy with for a while (and test out in open world PvP).

Of course, any game that wants to hold player interest over a period measured in years needs to have continuous content and systems additions, and we’re already working hard making sure that we can meet and exceed our player’s expectations in that regard.

To see the interview in full, you’ll have to head on over to TORWars and read it all.