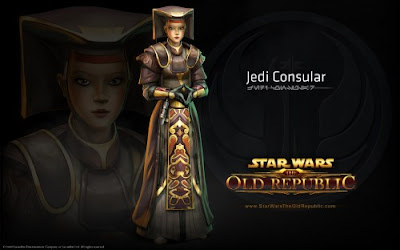 I must have been living under a rock the last week, or maby I have just been in a constant swtor video overload, but I should have posted some videos from this guys earlier.

I just came about this guy on youtube today. he goes about the name B.R. Brainerd, and in these videos he play Jedi Consular and do commentary.

B.R. enters the world of Star Wars as a Jedi Consular, showing you the game’s opening cinematic, server selection, character creation, and gameplay!

B.R. continues his foray into Star Wars: The Old Republic. After exploring the conversation mechanics in the game he ventures through the starting area, receives his first two quests, and engages in combat!

We learn more about the abandoned Jedi holocrons as the main quest takes us to the Jedi Temple and a nearby Twi’Lek village. Hilarity ensues.

B.R. completes a ritual ceremony for the Twi’Leks and gathers more information about the Flesh Raider infestation. Equipment slots and quest mechanics are also reviewed.

B.R. practices his new abilities on nearby combat droids, breaks up a romance, wins a game show, and completely fails at getting laid. All in a day’s work, citizen.