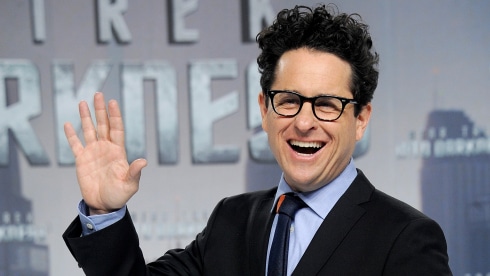 “Star Wars: Episode VII” is really happening, and director J.J. Abrams has revealed when fans can start scouring the Internet for on-set photos.

During the PGA-sponsored “Produced By” conference at the 20th Century Fox lot, Abrams said that production  is set to begin in January of 2014.

“”Most likely we are going to be moving to London at the end of the year for the ‘Star Wars’ movie,” he said, according to Deadline.

Abrams noted that he would have preferred to shoot “Episode VII” closer to home in LA., but Disney had planned a U.K. shoot even before he signed on to direct.

Michael Arndt (“Toy Story 3”) is writing the film, which is expected to be in theaters summer of 2015.

“”Django Unchained” producer Reginald Hudlin moderated the Q&A and tried to get the typically tight-lipped Abrams to reveal more about “Episode VII.””

“I think that the thing is so big and so massive to so many people that the key to moving forward is honoring but not revering what went before,” Abrams explained.

As for Star Wars creator George Lucas, who is serving only as a consultant on the upcoming films, Abrams hopes he continues making other films.

“”Lucashas spoken for years about wanting to make those smaller, more experimental films and I hope he does because I’d really like to see them,” Abrams stated.

The discussion also covered Abrams’ professing his affection for shooting on film and the inspiration that his parents — TV producer-writers Gerald Abrams and Carol Anne Abrams — providing him as a child.

Abrams dispensed some general career advice. “Find a community,” he said. “Find people you can trust.”

And he concluded by describing his standards for filmmaking.

‘The most important thing for me is getting the chills,” he said. “The feeling of ‘that’s the thing.’”