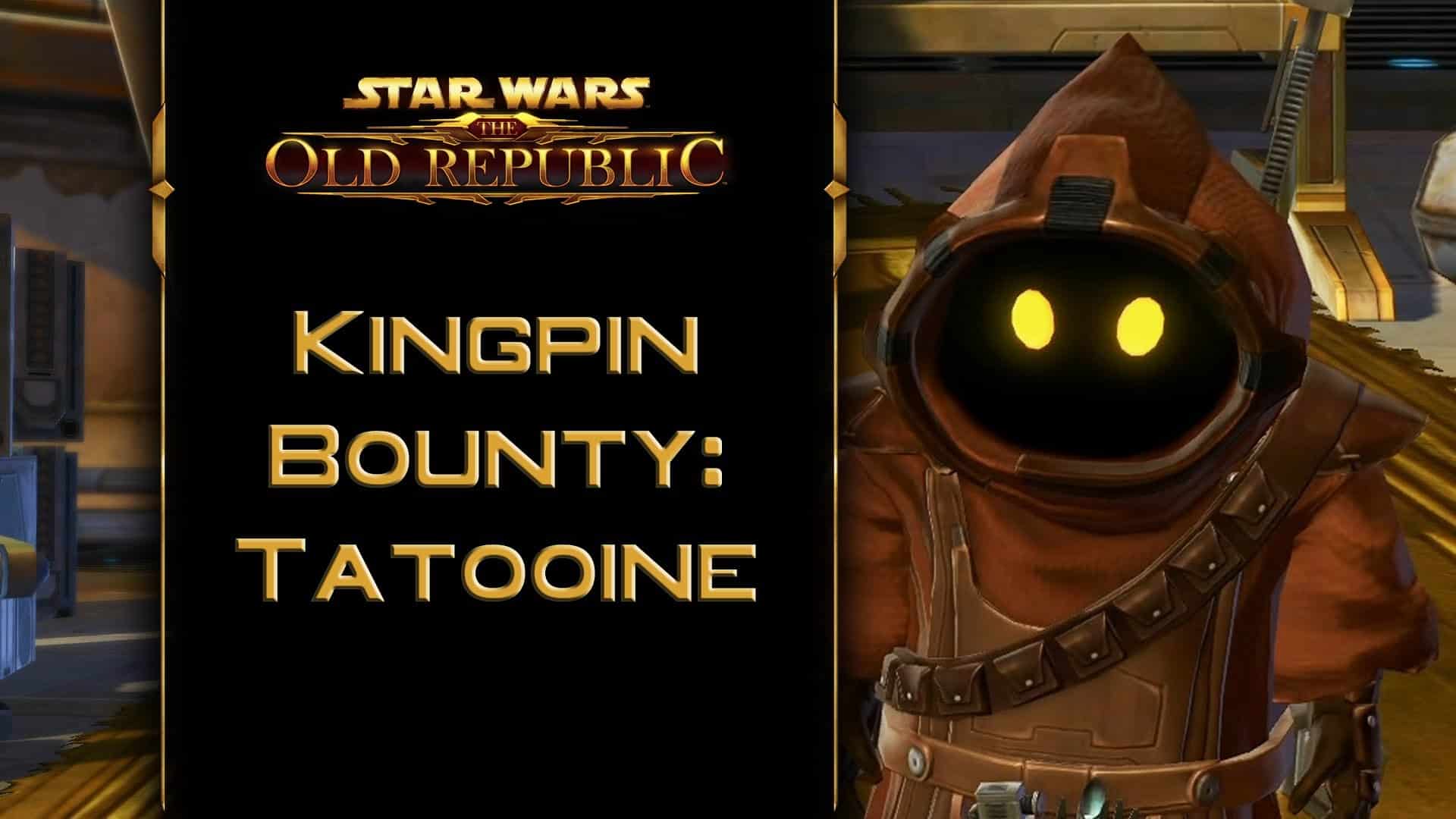 The SWTOR Tatooine Kingpin Bounty Contract is one of many daily bounty missions you can undertake. Working these bounties gives you achievements, which can ultimately net you some Cartel Coins. This bounty takes place on Tatooine in Jundland. Much like the other bounty missions you will be talking to a contact, releasing bounty probes to find your target and ultimately capturing or killing them. The target for this mission is Kreegan Ramar.

To start out you will want to find Meerko. Depending on what side you play for will depend on where you can find them:

Once you spot Kreegan Ramar, you have a pretty tough fight on your hands. Not only does he hit really hard with his normal attacks but he has a special buff ability that can be a large problem for those not paying attention. The one buff you will want to watch out for is going to be Missile Rounds. He will put an aoe target below the feet of one of the party members and do massive damage to that player if they’re not careful. The other mechanic to watch out for are the adds he spawns. He will spawn some pretty tough ranged Mandalorian Bandits that can become a problem if not dealt with quickly. This fight is really about proper timing, execution and team work.

Once you’ve captured or killed Kreegan, you will need to head back to Meerko on Tatooine and turn in your contract.