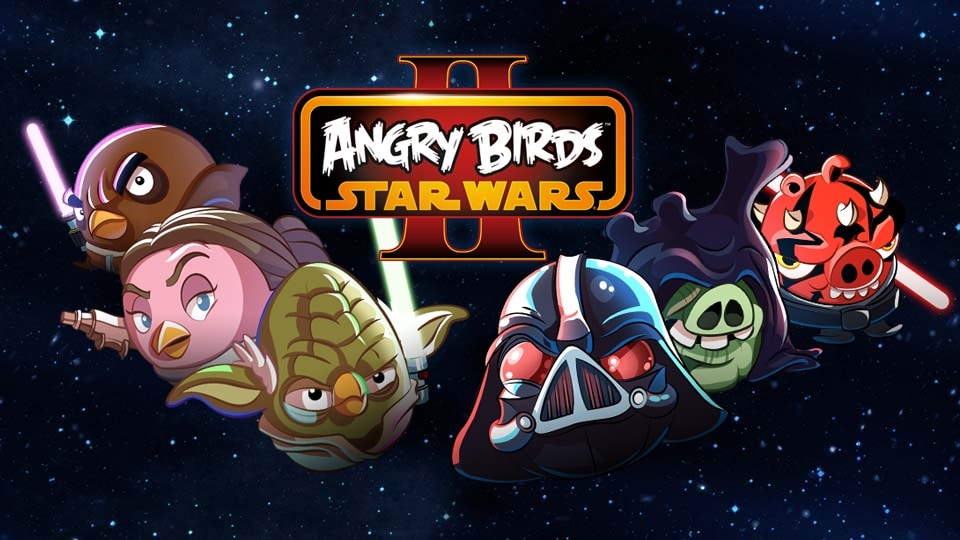 There was a great deal of buzz yesterday and today about the iOS 7 launch but one piece of news that got lost in the hustle and bustle was the news that some pretty cool games were also released, including Angry Birds Star Wars II.

The long-awaited sequel to the original Angry Birds Star Wars brings some cool new features. It’s inspired by Star Wars Episodes 1-3 and produced by Rovio. One thing they give us in this version that we never could do before is the ability to play the “bad guys” if you choose. You can “Join the Pork Side” if you choose and in addition, there are many more great Star Wars characters added to the game.

We can now choose from more than 30 Star Wars characters, including Anakin, Yoda, Mace Windu and even Jango Fett. You can also change the characters that are in the slingshot at any time, and you can choose the order in which you want to launch them.

Angry Birds Star Wars II is a universal app for US$0.99.

I admit my kids got me into Angry Birds Star Wars. While in the hospital with my 7 year old, we started playing on my phone and it’s quite addictive. I still can’t beat my boy’s high score. Rovio took the best of Angry Birds and teamed it up with the characters we all know and love from Star Wars and in this new version, we have even more to enjoy. They now have these cool scannable physical toys that you can play in the game with. Collect them, trade them, add them to your game.

You can learn more in this full review by Mashable.