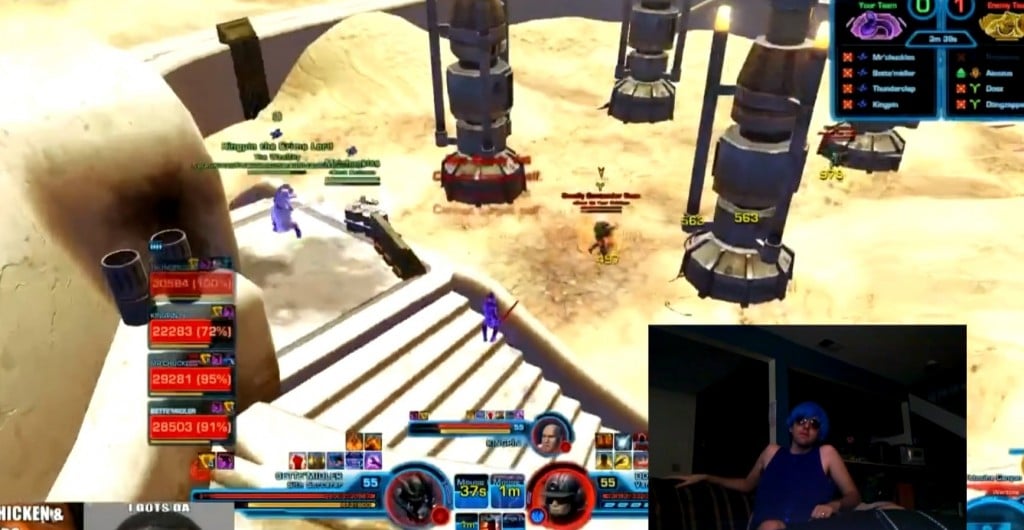 The creator of Smash Bomb, and Baby Got Bubble bring you “Just Heal to Full“, a SWTOR parody of James Blunt’s “You’re Beautiful”.

I you don’t get this song, here is some background: In the top 3 answers that the developer’s gave sorcerors/sages, in an answer to dps complaints and questions regarding if they would be buffed, the developers told them 2 things:
1) Sorcs are an “easy to learn, hard to master class” and everyone should just “be better” instead of giving them buffs. (Despite the devs actually being pretty horrible at the game and not big on PvP)
2) Since sorceror’s possessed healing abilities they should stay the lowest tier dps, and that they could “heal to full” so they actually had an edge on the competition. (Which the sorc community considers stupid because you can’t heal to full if you’re being attacked as a dps sage and if you LoS to heal you’re still taking 10 seconds away from actually dps’ing with your almost zero defensive abilities.)

… And while we are discussing sorcerors/sages, I found this parody also hilarious