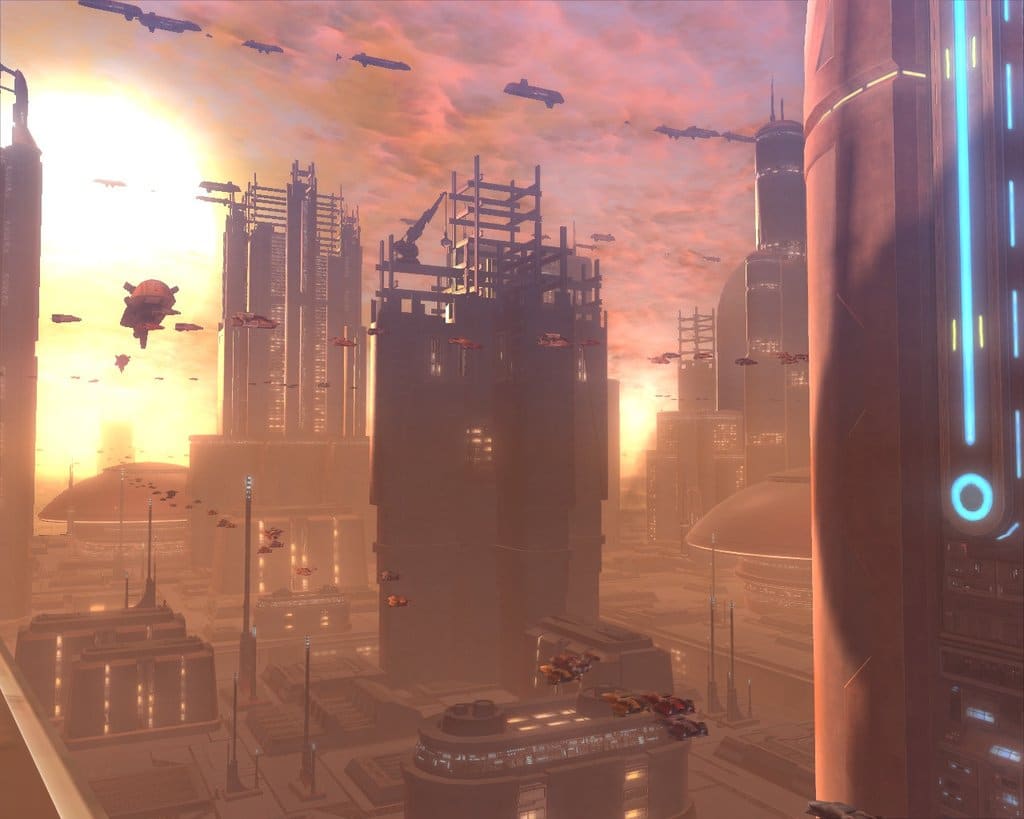 Redna and chill from  ootinicast.com went to the Community Cantina held in Seattle on Saturday evening, 31 August 2013. There they had the chance to sit in on the Q&A session featuring Amber Green (Live Services Specialist) and Eric Musco (Community Manager)  and Lead Designer Damion Schubert.

The Community Cantina in Seattle might have been the  biggest cantina ever, with more then 300 people in attendance. Therefor they had to  split up the whole thing, including Q&A, into two parts, and the second round barely got everyone in who was still in line.  The Q&A transcript also includes some questions that was asked afterwards that weren’t part of the formal Q&A. Check ot the snippet below, and read the whole ting over at  ootinicast.com

Q: Why not more playable species, like Nautilans?
A: Each species takes tons of time to develop for all the options, moves, and so on. Because Cathar sold well, they are in talks to see what should be next, but he does not know which one will be next.

Q: Can you make revisitable the many wonderful places that are never revisited, as in class stories?
A: Not on radar to make them revisitable. This is because their world-builders did “unholy things” to make those cool places playable for the one class story. Also in many cases the cool places get visited multiple times with changes, like destruction. More actively they are looking at making cool places for role-players to meet at (guild meetings, weddings, etc.)

A: Player ship changes are on the wall of crazy. They are looking at perhaps making it so a group of more than four can enter a player’s ship. That said, a player’s ship is one of the hardest parts of the game to change, due to so many quest triggers being on the ship—any change is highly likely to break things. “It makes our worldbuilders cry” when they have to change the ship.