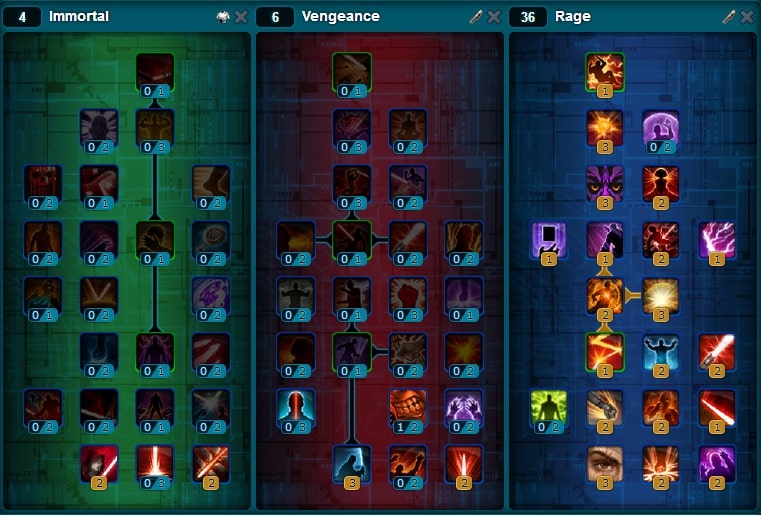 CJ from  from swtorsavior.com send over a new leveling build. This time it’s for the Sith Warrior Juggernaut.

For players who prefer to jump into a fight head first and with reckless abandon, then perhaps the Sith Warrior is the class for them. Quick, powerful and ruthless, the Sith Warrior is a flurry of lightsaber slashes and stabs, leaving a trail of bodies behind him. The Juggernaut advanced class can withstand any attack unleashed upon him. In this article, we will look into the Juggernaut advanced class and explore his various skill trees, abilities and everything in between.

Here are some rotations you can use:

Try and use Saber Throw or Assault if you fall below 7 rage.

You can use Obliterate to activate Dominate.

You can use Force Crush to build up the Shockwave buff.

Use Smash when you are buffed by both Dominate and Shockwave.