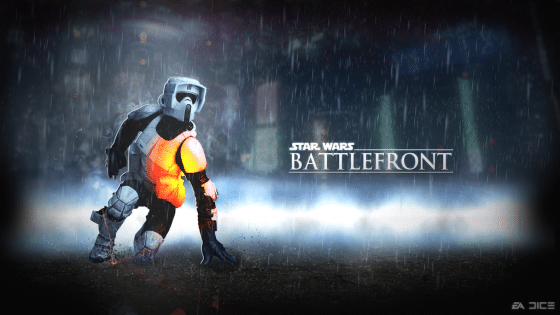 After fans got to see the trailer for the upcoming “Star Wars 7”, various questions have popped up regarding the future of the franchise – but one in particular has been quite prominent on most discussion boards. Many fans are wondering to what extent the events from the new film will be related to the upcoming “Star Wars: Battlefront”, and whether there will be any special reason to go see the film if one is primarily interested in playing the game.

So far, it’s known for sure that the new game will be official part of the canon. This has been exciting news for fans, as it means that the “Star Wars” universe is about to be expanded significantly, on one hand with the new storyline in the seventh movie, and on the other, with the game.

One of the problems that the developers from DICE are facing is that they don’t have any immediate access to the filming locations, although it’s been reported that information is being shared with them to a satisfying level. Still, sources close to the production of the game claim that DICE have no access to the plot of the movie, which means that the game will not reference events from the film in any direct way. On the other hand, it’s possible that fans may see familiar characters, and not just humans either.

The upcoming release of “Star Wars 7” has been highly anticipated by fans of the franchise, although some are worried that the film may not live up to expectations, due to being released in a different time when a lot has changed. At the same time, the release of “Star Wars: Battlefront ” has had fans of the game equally excited, as there has been a high demand for a proper sequel for a long time now.

DICE and EA have been releasing information about the game somewhat irregularly, but from what’s known about it so far, it’s shaping up to be a great entry into the series, and a true successor to the previous titles. And if the new film manages to live up to fan expectations in a similar fashion, the coming months could be great times for “Star Wars” fans on all fronts. Still, EA have received some criticism for some of their planned changes to the game, but the company has been quick to respond to the negativity with corrections to their development plans. Some of the issues were related to limitations in camera angles, but according to EA, the game won’t be limited to a first-person perspective.