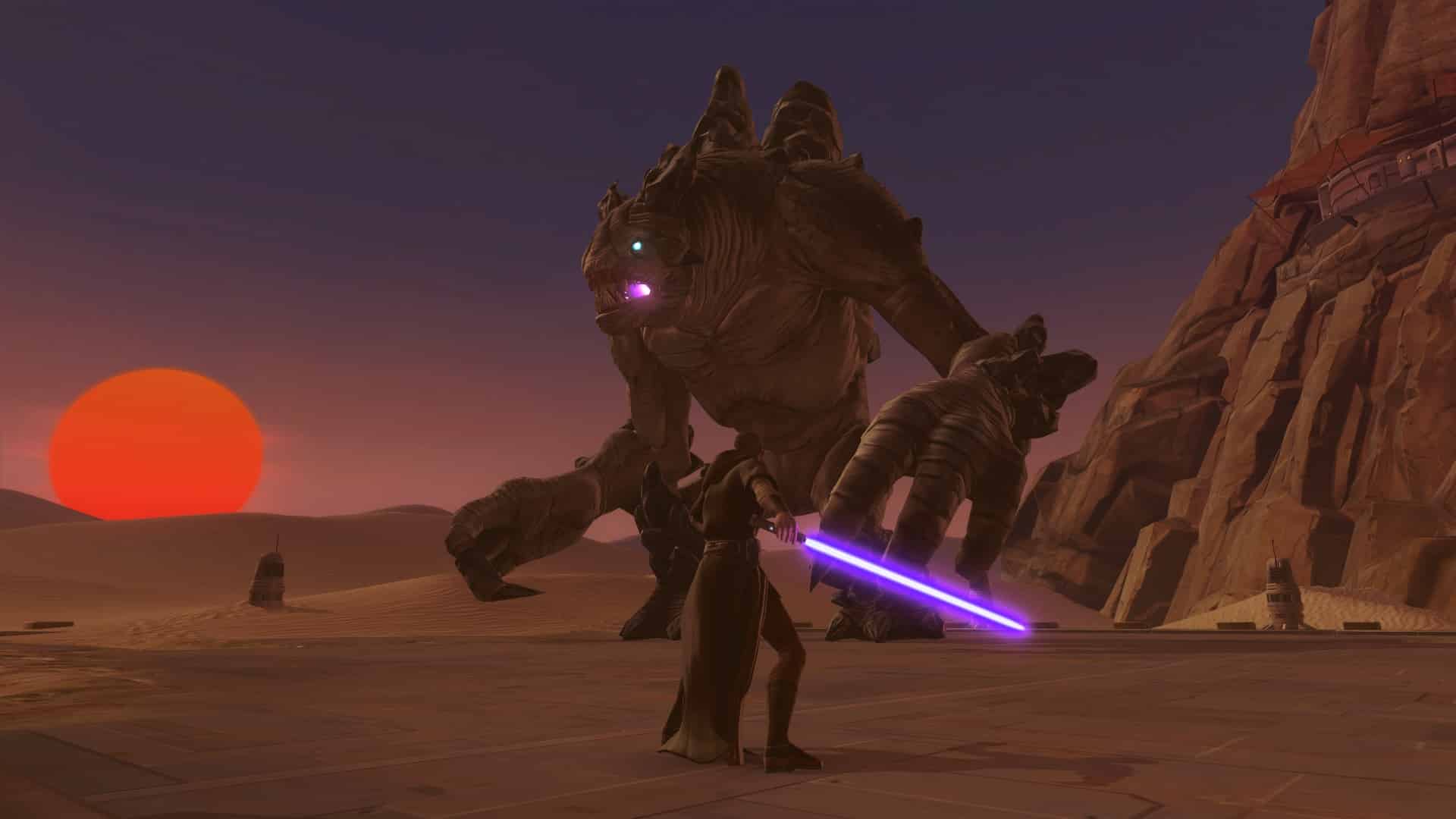 Recently, Massivelyop.com sat down with BioWare at E3 to talk about the new Knights of the Fallen Empire expansion. They were also lucky enough to see some of it in action. So, what is Fallen Empire you might ask? It’s much more than just an expansion, it’s a return to BioWare’s amazing storytelling adventure in the Star Wars galaxy.

The best part of all is that Knights of the Fallen Empire is only the very beginning. The new expansion is called a season because there are more seasons on the way.

In Knights of the Fallen Empire, you will see that every choice and decision you make, matters. There have been many choices in SWTOR but they didn’t really have much of an effect. When your character makes a choice in Knights of the Fallen Empire, it has immediate consequences and long-term ones as well. One choice that they experienced was to either save a city or save yourself. There were immediate consequences once they made their choice.

This new expansion is quite literally building onto the grand legacy of Knights of the Old Republic and giving players a great RPG experience that they have been begging for. There aren’t any class stories in the new expansion, only one amazing story with class flavor thrown in. Since the story is personal to each individual, playing with even one friend is quite restrictive. The base game allows friends to play together while choosing different classes, but Fallen Empire is only one epic story.

The story continues over on Massivelyop and we encourage you to read the full story for yourself.