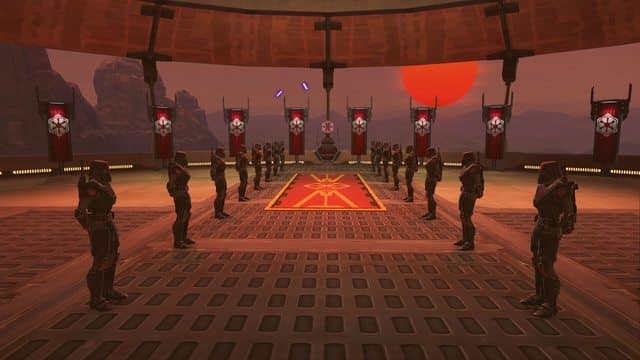 If you’re looking for a cool way to blow a ton of credits, check out one player’s personal project:

You can see from Jidiaderriphan’s Imperial Sanctuary that there are many customizations that can take place in the game if you have the credits, dedication and willingness to invest the time to such a project.

You know how we love seeing cool stuff from fans and this is one awesome stronghold! Could you do the same thing on a budget? Mostly likely so if you were looking to craft things on your own and save some credits, and if you were not in a rush to build. Either way, we think it’s awesome and if you’ve done something similar, we want to see it too!

Breakdown of costs (from the creator)

These are estimates of where I’m getting my costs:

Alright there is 83.14M + 9.5m to unlock is 92.64M. That is not all the decorations but all the extra little stuff will take forever to list, hope you can just take my word for it, as these are estimates and I may have paid a little more or a little less for each item and in the end I know I spent over 100m. (I was keeping track as I spent of a total, not on the amount I was spending on individual items, but I got a few requests so I decided to try to list them).