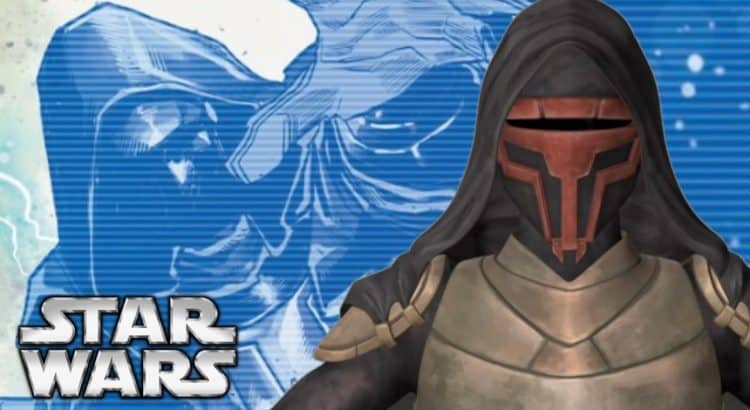 Will we ever see Darth Revan reappear in Star Wars canon? Have we actually already seen this Legends-favorite Sith Lord? Darth Revan is arguably one of the most well known Sith Lords of all time. He has a huge following and it’s easy to understand why. That’s why it’s easy to see why so many fans want him to return to canon. It almost happened in a recent episode of The Clone Wars but the scene was deleted because Lucas felt it wasn’t keeping with the Star Wars legend he had created. Those from the Dark Side were not supposed to be able to return to the living after death. So it was a scrapped scene but a good prediction of what may have been. While Lucas doesn’t want to see Revan come back in this way, that doesn’t mean we’ll never see him return.

He could return to canon and there are probably some creative ways this can be done without breaking the rules of the Star Wars universe that Lucas has set into place. In fact, maybe we’ve already seen it happen. Is this the beginning of more things to come?

Check out this video by Star Wars Explained that touches on this subject:

What do you think? Would you like to see Revan return to canon?