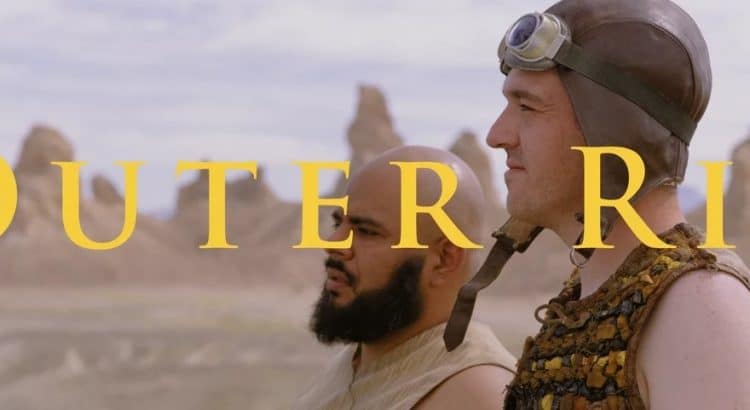 You know how we love our Star Wars fan films but here’s one that stretches the imagination to show us what may have been happening to some people amidst the war between the Empire and the rebellion. While the main films focus on the action and all the heroes and villains there at ground zero, here’s a fan film that shows us what some everyday people might have been doing. Truth be told, many people living on the outer edge of the galaxy probably weren’t paying all that much attention to the battles going on. They were likely just going on about their daily business.

Director Thomas R. Wood brings us the story of two doofuses who weren’t all that interested in the war going on around them. It’s a fun, humorous little short that’s been called the “Dude, Where’s My Car?” of Star Wars. The two friends are working “forty miles further” than all the action of the war and take a look out at what is happening in the galaxy, wondering if it will affect them. Give it a watch because it will definitely make you smile. It’s a lighthearted, but honest, look at what might happen in this kind of situation. We enjoyed it and would love to see more from the writer/director.

A Star Wars inspired story about two people on the outskirts who just haven’t totally caught on to everything going on in the universe.