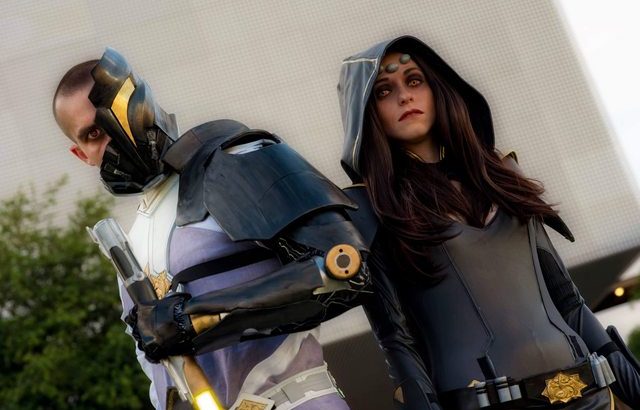 It’s been a while since I’ve stumbled across some really awesome cosplays to share with you guys. But now we have one… and I’m telling you, it makes up for not having seen any in a while.

This awesome Arcann and Vaylin is really impressive! Some have called them the most depraved siblings in Star Wars, and others have said they have the most dysfunctional family in the franchise.

One thing’s for certain: they are definitely interesting!

And I can see why they were chosen for this really fun cosplay. The attention to detail is fabulous. They reported they spent about a week on the armor parts and a day on the cloth parts.

In addition to the great costuming and makeup, I love how they really got into the role. It makes me want to go back and play again. What about you?

Let us know what you think of it in the comments. And always, if you have a really great Star Wars themed cosplay or photo shoot, we want to hear about it. Maybe we’ll even feature you in a post and tell all of our readers about it!

And here’ some info about the models and creators:

You can find ScarletStitchery on IG here and FB here and she has more of her cosplays and costume design up. Scarlet is a Cosplayer and Seamstress located in Tampa. She’s a proud 501st and Rebel Legion member also.

You will find SinisteSpidey on IG here. He makes mostly props and armor and you can see some awesome designs and his cosplays on his feed.