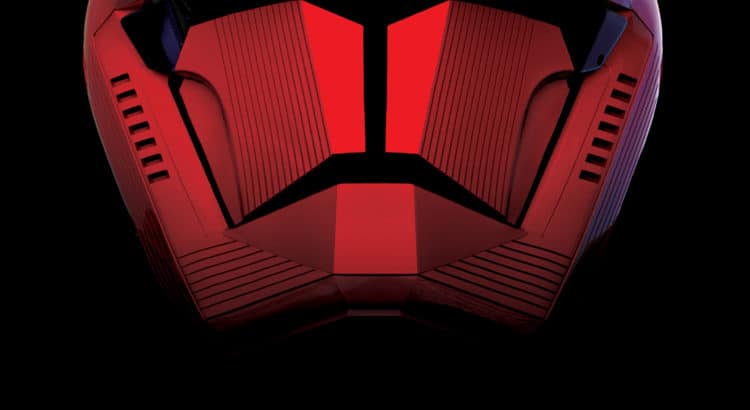 Saint swept the sidewalk in front of his store.   He leaned against the broom for a moment and watched as the Lady Luck rose into the air, its landing gear retracting into the hull.   It turned and headed almost straight up, growing smaller as it ascended to the heavens.  He walked back into the store, leaning the broom against the door frame.

His dark hands pushed the dreads back from his face and he twisted a copper strip around them to restrain them.  “J12, mind the store,” he said then walked into the back.   An old protocol droid pushed away from the wall.

“As you wish sir,” it said and walked behind the counter.

Saint moved down the hall and stepped into a locker room.   He looked in the mirror staring at the older dark skinned human.  He ran a hand through his beard and debated on shaving but shrugged it off.   His only decoration was a ring that ran through the septum of his nose with an odd symbol that only he and a select few knew the meaning of.  He pushed on the corner of the mirror and it popped before swinging into the locker room to reveal a staircase spiraling down.

He headed down the stairs, hearing the mirror swing back into place with a click.  He descended almost fifteen meters below ground and stepped out into a hall that had been dug into the stone.  Cables ran along one wall and glow lights were spaced down the corridor.   Saint turned left and walked to the end of the hall and into a room full of computers with a few people and a couple of droids.

“Saint,” a Togruta woman said.  She was probably about the youngest of those down here, though still an adult.  Her skin was a dark green color with white markings.  She wore enough to be decent, though just barely.  She sat with her feet on the desk and a keyboard in her lap.  “Zed messaged for you.  I sent you a message but J12 said you were already on your way down.”

“What did he want, Renoka?” Saint said looking away from her and moving toward the back.

“He wanted to give his daily report, what else?” she said and stretched in a cat like way.

Saint sighed and looked at the Twi’lek who sat at a computer console, his leku draped over his shoulders.  He wore bandanna around his head.  The red designs on it clashed with his yellow skin.  “The Lady Luck just launched,” Saint said to him.  “They didn’t happen to register a destination?”

The Twi’lek looked up at Saint, his leku curling.  “Man, that is owned by Lando Calrissian.  You’d be lucky it was even running the legal codes,” he said through his sharp teeth.  “No, he didn’t register, though the MonCal cruiser in orbit did track it until it jumped to hyperspace.  It was heading galatic south and not toward the core worlds.  Why is it so important?”

“Because Master Solo’s two padawans left on it, without their master,” Saint said.

“Odd, think they are on a mission,” Renoka asked.

Saint thought for a moment then shook his head.  “No.  Gut feeling.  If they were on a mission, Solo seems like the type to come and see them off.  I just want to know where they are going and what they are up to.”

“They are going to Takodana,” an older voice said coming from the very back of the room.  An older Latero male rolled back in an office chair.   He tossed a datapad to Saint.  A small two-legged droid jumped up on the back of his chair and whistled.  “The taps we put into the Temple’s mainframe are a font of info,” the Latero said.

“How so, Greez?” Saint asked as he looked through the datapad.

“Lowbacca and Rae did some research and that place came up,” he said.  The droid whistled.  “Oh, and we need to be careful on accessing the mainframe.  While it is a font of info, the R2 unit has some pretty good security protocols.  BD almost got caught.”  Greez gave Saint a meaningful look.

“Fine,” Saint said.  “I will put in a request for a new slicer droid to help you.” One of Greez’s lower hands made a fist and he smiled before Saint added, “And it is for use on the Temple Mainframe, not for some miscellaneous side project you have.”

BD chirped a few times and Greez sighed. “Oh, knock it off,” he grumbled.

“Mysdia, get me all of the info on Takodana,” Saint said as he walked over to an empty chair and sat down.  He looked to Renoka.  “Get Zed on the Holonet.”

Both answered with a curt Yes Sir and set about their tasks.   A few moments later the holo terminal at Saint’s desk flickered to life and an older human male appeared.  He offered a slight bow.  “Lord Saint.”

Saint offered a nod of his head and waved his hand.  “Enough of the formalities, Zed.  What do you have?”

“Unfortunately, not much.  I am bursting you the communications I have picked up.  They are encrypting everything.  I was able to unencrypt some of it, but if you expect me to do more than that, I am going to need more processing power than I have on my ship.”

“They are being more paranoid than usual,” Saint noted.  He looked over as the information came across his screen.

“What’s eating you Saint?  I can tell by the look on your face that something is bothering you.”

“Oh you heard then?” Zed asked with a frown.

Saint looked up.  “Heard what?”

“It’s in the logs.  There were reports that Lando was terminated after he sold an imperial cache.  His freighter was blown up.”

Saint couldn’t cover his surprise.  “Then I just saw a ghost.”

Zed looked interesting.  “Reports of his demise were greatly exaggerated?”

“Something like that.  He just left here with two padawans heading toward Takodana.”

Zed typed something off screen and sat back in his chair.  “The Pirate Queen,” he said.  “I am about two days from there.  If they are going there, they are going to talk to her.  Want me to check it out?”

Saint thought for a moment then typed in a command to bundle the information he had and sent it to Zed.  “Yes.  Be careful and don’t attract attention.   I want to know what is going on there.”

“You as well, old friend.”  Saint disconnected the link and leaned back in his chair thinking.

https://swtorstrategies.com/2020/03/star-wars-darkness-rising-the-threat-within-3.html(opens in a new tab)