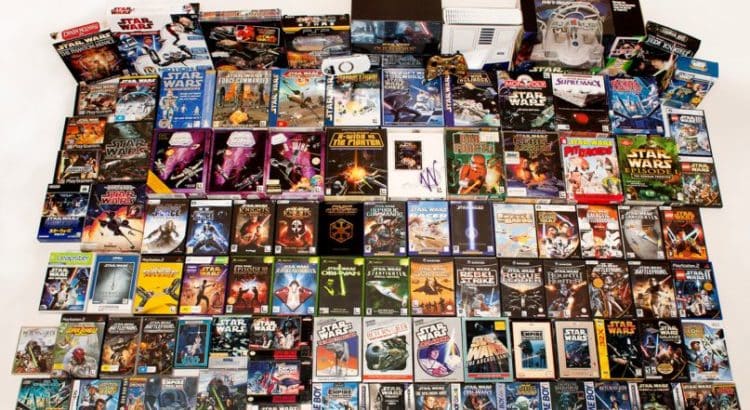 Star Wars is one of the biggest franchises on the planet, including a colossal gaming sector. If you enjoy playing games, you will want the best online gaming experience, and with the vast amount of Star Wars video games out there, it can be hard to know which to play. So here are 50 Star Wars video games ranked from worst to best by your peers so you can decide which of the ones to play.

A dreadful game that took inspiration from Mortal Kombat and failed.

A cringe-worthy dance game that does not work.

A strange level up game, poor animation and graphics.

Bland and hard to follow, this game doesn’t cut it.

This game had the potential to be great, and it failed.

At least you can enjoy the failings across multi-platforms!

It had potential, but sadly it’s clunky and restrictive.

Basic, basic, basic. A brick breaker with a Star Wars theme slapped on.

When it was first released, it was okay, now it’s old and dated.

If this cross-platform game had been multiplayer, it might have worked!

Insomnia? A quick game on this should help.

The games are slowly getting better, but this is still quite dull.

Dark and twisty, not easy to follow or very interesting!

There is some half-decent action to be had in here, especially the dogfights.

This is old school, but it’s not terrible, you may enjoy it.

Suitable for a random killing spree.

You wouldn’t be missing anything if you didn’t play.

The graphics could be better.

A little repetitive, but okay.

A better Battlefront offering, we prefer this one.

This one probably works because it’s an arcade game, but you have to find it first.

I was young when this game was cool; now it’s a bit dated but okay.

Pretty good gameplay, although lacking in some areas.

Not as good as Mario Kart 64, for a racing game pretty great.

Enjoyed playing this one.

So close to making it.

TOP TEN – All worth a play

2. Knights of the Old Republic (Xbox)