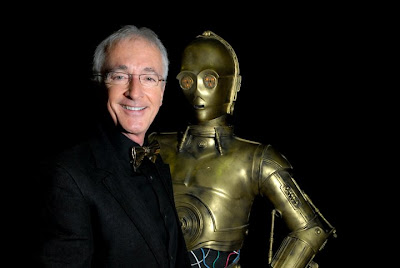 While going through some old VHS tapes I found at my parents house, I came across this little gem. It’s an old compilation of behind-the-scens, media info, and hype about the Star Tours attraction. The video is from around 1987 and as that, it isn’t perfect. It has some Tracking issues at times, and the audio has some static too it. But, its still very watchable.

Haha, some of the content was a little painful to watch. C3PO rapping is hilarious, and really shows the era of the footage, and the fact that Anthony Daniels will do anything in that golden costume. I think if Lucas told him “OK Tony, in this scene C3PO needs to pleasure the other droids….” … he would do it. Also, each time I see Lucas in an interview ( this time without his beard!! ) its so transparent the little Star Wars cloud he is on.