SWTOR has received a lot of attention especially over the last few months but with the launch scheduled for only a few weeks away, it’s gaining even more attention. Last week, I told you how SWTOR was in the top 5 preorders. Well, just as I predicted, it’s now number 1 on the pre-order charts. That’s right, it’s at the top of the list and this jump does have a lot to do with the beta testing that took place over the weekend.

After gamers had a chance to spend a little time playing the game, they seemed to be hooked right away. Most players found the game to be intriguing and a few hours of play only made them more curious as to exactly what SWTOR has to offer. Many gamers waited to get a taste of the game to see how they felt about it before placing their pre-order but after trying it, there was no longer a reason to wait.

The beta weekend only made players want more and more gamers are placing their orders now to ensure they’re one of the first to play Star Wars: The Old Republic. There’s way too much to the game to see in one weekend only but it was enough of a taste to get people wanting to pre-order and secure their copy.

The Republic Or Die posts that SWTOR is now officially in the lead for the number one most preordered game in America right now. Chances are, it’s probably topping lists of other countries as well. The next few weeks are sure to be even more interesting as the December 20, 2011, launch date approaches. 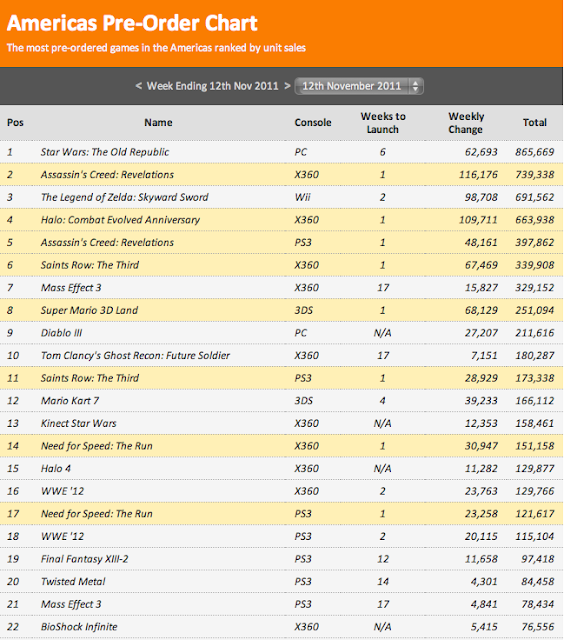