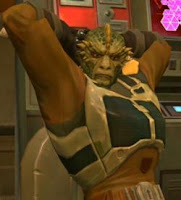 The Nikto were a reptilian humanoid species from the planet Kintan in the Si’Klaata Cluster with many subspecies. They have tan, leathery skin and flat faces with multiple breathing holes on their cheeks and jawbones. Radiation from a nearby nova is believed to have sparked rampant mutation among the animal life of Kintan, and has resulted in the Nikto species encompassing a number of distinct sub-races. Four small horns protrude from the Nikto’s forehead. Nikto can be found throughout the galaxy, often involved with shady activities in the galaxy’s fringe.

Of all the “client species” of the Hutt Cartel, the Nikto are regarded as the most dangerous, especially due to the actions of a fanatical and fatalistic cult that has long plagued the Nikto people.

The Kajain’sa’Nikto, or “Red Nikto” are probably the most common. These desert dwellers are characterized by reddish pigmentation, small horns along the forehead and orbits of the eyes, noseless faces, and neck-based breathing tubes.
The Kadas’sa’Nikto, or “Green Nikto,” have scaley hides, large obsidian eyes surrounded by a ridge of small horns, and visible noses. They are found in the milder forest and coastal regions of Kintan.
The Esral’sa’Nikto, or “Mountain Nikto,” are hornless, have blue-gray skin, and thermoregulating fins growing from their cheeks. Their native mountain environment experiences temperatures from sweltering summers to bone-chilling winters, and they are well-equipped to survive such extremes.
The Gluss’sa’Nikto are the “Pale Nikto,” island inhabitants with the horns of the Red Nikto, the smaller facial fins evocative of the Mountain Nikto, but with white-gray skin.
Finally, the M’shento’su’Nikto are the “Southern Nikto,” yellow to orange-skinned representatives that lack horns but have a multitude of neck breather tubes.

Though the Nikto may have warred because of their differences in their early history, the harsh task of surviving their planet’s dangers united them as a people. They conquered a wilderness full of mutant beasts to arrive at the top of their food chain.

When the Nikto developed technology enough to understand the stars around them, they discovered the nova responsible for the mutations on their world. This stellar phenomenon, called the M’dweshuu, became the centerpoint of a bizarre deadly blood cult that grew to rule the planet through fear.
It was the ancient pre-Republic Hutts that delivered the Nikto salvation from the cult. For this, the Nikto were grateful, and readily agreed to join the growing community of Hutt-controlled worlds. Alongside such ancient species as the Klatooinians and the Vodrans, the Nikto joined in battle under the Hutt banner, defeating the pre-Republic tyrant Xim the Despot at the Third Battle of Vontor. This decisive victory placed the Hutts at the top of the Hutt Cartel.
Since that time, the blood cult has arisen anew on several occasions, each time being put down by the Nikto, the Jedi, the Hutts or others. For this reason, Nikto carry with them a reputation for danger, though their species is varied, and have the capacity for warmth and compassion as well as violence. 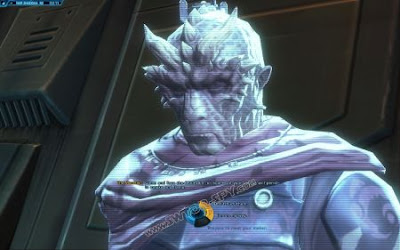