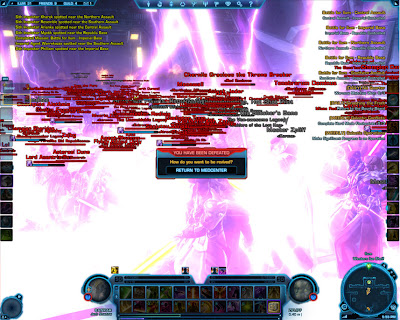 Here’s some really interesting information about US PvE/RP servers regarding faction balance and population. If you love data (like me), you’re going to appreciate this one. There’s not a lot of current information out about the server population. Which servers are over populated? Which servers are dead? Are you looking to join a server that will have people to play with regularly or do you want a low-pop server where you can just do your own thing?

This is valuable information for any gamer and a poster at Reddit has helped us out with some data:
That being said, there has being hardly any numerical data on the server population and Imperial/Republic balance. Bioware is unlikely to release this data anytime soon, if ever. I went to 79 PVE/RP servers and created two level 1 characters per server over the span of 3-4 days and recorded the population data for both sides for 79 PVE and RP-PVE servers for 6 planets (Korriban/Tython, Dromond Kaas/Coruscant, Alderaan, Hoth, Voss, Ilum) and the fleet during each server’s prime time (6-10 PM EST for east coast servers and 6-10 PM PST for west coast servers)
The data collection method isn’t perfect by anyways but it is the best I have got. Hopefully you will find this data handy as well 🙂

The poster also said that if there is enough interest, he will gather the same data for PvP servers. This is something I would be interested in seeing, especially since I play on a PvP server.

Here’s some additional info gathered from the data:

He even has a YouTube video of how he got the data: