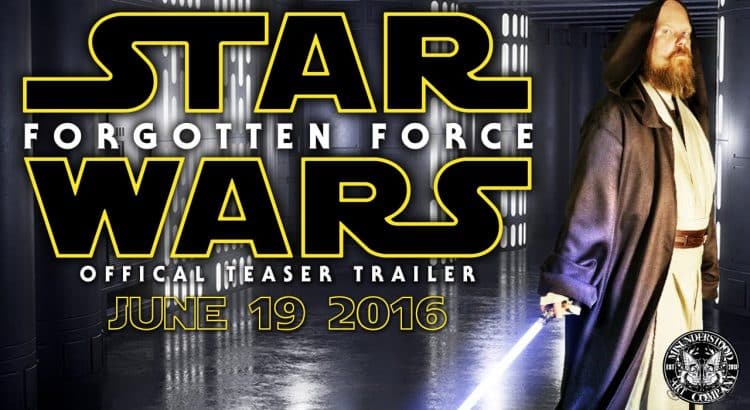 You know how I feel about fan films. I’ve made that abundantly clear with each one I post here on the site. But now, we have a new one and this one’s great. We also talked briefly with Tim Johnson, Misunderstood Art Company, writer and director, about the film. You can learn more or follow updates at their Facebook page. Johnson says he made the film to honor his dad, Tony,  who passed away from cancer on June 19, 2011. It was released on June 19, 2016 on Father’s Day.

It’s a wonderful tribute to a Star Wars fan and father and an all-around great film. We hope to see more shorts/films like this from the same crew in the future. Keep up the good work!

So if you’re ready to check it out for yourself, here it is. Be sure to leave them a comment on the video or their Facebook and let them know you appreciate it.

“We are proud to finally debut our first short film...STAR WARS : FORGOTTEN FORCE ! This project was a labor of love…All who have worked on this, did it for the love of STAR WARS.

Thank you all that helped me get this silly little thing I had in my head made.”

Written and Directed by : Tim Johnson

FORGOTTEN FORCE is a non-profit film for private use only, and is not for sale or resale, It is in NO way endorsed by Lucasfilm or Disney. The Filmmakers make no claim to any of the characters, locations, storyline, props, costume designs, logos, music, names or situations that are trademarked, copyrighted or otherwise protected by any intellectual property law. This film is produced solely for the love of STAR WARS