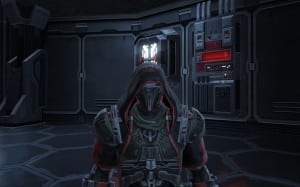 As always, BioWare have released this week’s Q&A. This time the devs discuss changes to a tied game of Voidstar,  new species and more. Hit the jump for the full Q&A.

Daniel Erickson (Lead Game Designer): As we come to the end of our big must-have features (like Group Finder), updates are driven more and more by the community. Expect to see far more of the smaller quality of life requested features (color matching for companions, chat bubbles, etc.) start to get real traction under them in the near future.

CelCawdro: What are your long-term plans for implementing playable species? Are Cathar merely the first of semi-regular species additions?

Daniel: Like all of our ongoing content updates, we’ll release Cathar into the wild and see how they perform. If new species are clearly popular we’ll keep them coming!

Nyrdbyrd: People are always disappointed when they lose the tie breaker in a Voidstar match, as though it was incorrectly judged. Any chance you could clarify the tiebreaker rules for us?

Rob Hinkle (Senior PvP Designer): Excellent question! We’ve actually gone through a series of adjustments to improve this very system. As of 1.3, here is how a winner is determined in Voidstar: There are 6 checkpoints inside the Warzone – the 3 sets of blast doors, the bridge in the reactor room, the forcefields in the cargo room, and the datacore itself. The team that gets the furthest wins the Warzone. If both teams get to the same checkpoint, then whichever team gets to that point the quickest wins.
When the Warzone figures out that one team has already won the match (since they are the 2nd team on the attack and have exceeded their opponents’ progress, or have gotten to the same spot faster), the match will end immediately instead of playing out the rest of the game to a known ending.

Unrelated to the tiebreaker changes (but also exciting), we’ve made a change to the Hangar inside Voidstar to help prevent stalemates inside the first room. We’ve added a broken fence down a portion of the middle of the room, which obstructs movement but not vision. The intended result is that the defenders have to commit to defend one side or the other, and can’t float between both doors quite so easily.

Tomisu: How does Expertise affect healing in PvE environments, like Operations for instance? If all players are flagged for PvP, will the heals they receive get the Expertise bonus? If not, what prevents it?

Austin Peckenpaugh (Senior Designer): Expertise counters the negative effects of “PVP Trauma,” the debuff applied when engaging in combat with enemy players. It is not in any way associated with flag status.

Kiper: My question is are you still considering some sort of dual talent option, and if so is there an ETA?

Austin: This is definitely a feature we hope to provide in the future, but we don’t have any details to share at this time (including an ETA).