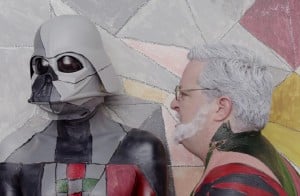 Two internet memes collide in a galaxy far far away this week, as Star Wars and Gotye are crammed into one spoof. If that sounds crude, it actually works surprisingly well, with some pointed swipes at the Star Wars prequels and a George Lucas-alike who sings about “all the times I screwed fans over”. The Force is strong with this one, just don’t expect this to be released on Blu-ray any time soon.