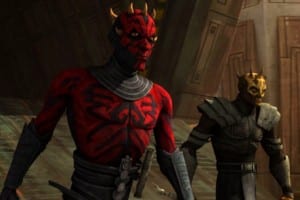 The show’s supervising director Dave Filoni says, “There’s a lot of payoff coming. I think people are going to see ways The Clone Wars ties together more and more with A New Hope. We’re setting up elements that eventually become the Empire.”

The fifth season will premiere in the US on Cartoon Network this September.