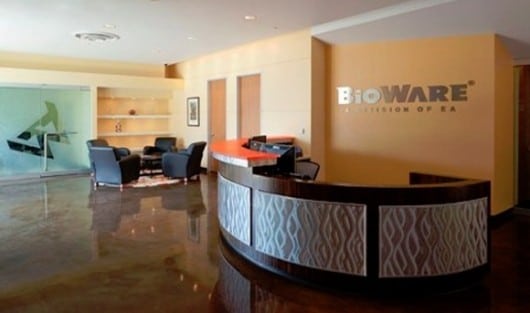 It seems there has now been another big rash of layoffs at BioWare Austin, which truly saddens me. These are members of our community here in Austin and hard working people just like those of us who enjoy playing the games that they help to create.

A big portion of the community team was laid off:

One Redditor who goes by the name ‘pandas_mom’ says her family is being affected by these layoffs:

My husband was one of the ones that got laid off today. Bioware moved us in April with our 3 kids from DC, we put every penny we had down on a fixer upper house, and now this. I am scheduled for 3 major surgeries on Friday, my husband just had a slew of MRI/MRA tests Friday to look for a suspected brain tumor, and our middle son who has an autoimmune disorder is having a flare up. I just don’t know what we are going to do. We were here a week before the first round of layoffs, and have been sick and scared ever since. Moving is expensive, and I am less than a year in remission from cancer, so my medical bills are outrageous.
We are so scared… how are we going to get our son treatment, my husband treatment if the tests find what they think they will… or me?

My husband is an awesome guy, he stood by me for the last couple years of horrible health, never complaining, wiping vomit and shit and whatever needed doing. He doesn’t deserve this. This was his dream.

Bioware/EA has hurt us so badly.

It’s heartbreaking to hear stories like this. As gamers, it’s easy for us to forget as we play, enjoy and criticize the games that capture our attention, that real people are behind the scenes making, creating and developing these games.

What do these layoffs mean for SWTOR? Well, some will say it means nothing at all. Contract work is common when it comes to video game developing. At the same time, it seems the laid off employees didn’t have a clue this was coming. Take ‘pandas_mom’ for example. They moved their family here to Austin, obviously expecting to stay for awhile. If you knew you were temporary contract hire, you wouldn’t be shocked like this when the axe fell.

And Gamasutra reports that Executive Producer Rich Vogel is no longer with the team, either (this happened weeks ago, according to reports):

Amid reports that BioWare Austin is laying off staff today, Gamasutra can confirm that Star Wars: The Old Republic‘s executive producer Rich Vogel is no longer with the company.

Vogel was instrumental in the development of SWTOR, overseeing all aspects of the MMO before and after its launch in December. The online game, though, has lost around 400,000 paid subscribers in recent months, and BioWare Austin recently said it’sconsidering free-to-play options for the title.

Gamasutra understands that Vogel’s departure preceded the purported layoffs affecting BioWare Austin today. The studio has not yet said who will take over Vogel’s duties managing SWTOR‘s continued development.

To all of those who lost their jobs at BioWare Austin today, we are sincerely sorry and wish you the best in your future endeavors.

David Bass weighed in on Twitter to send condolences to his friends and former co-workers.

More layoffs happening at BioWare Austin. Heart goes out to all my friends there. Hit me up if there’s anything I can do to help.