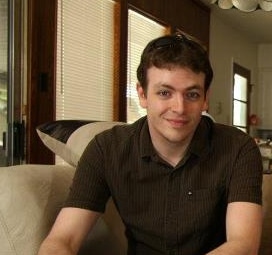 BioWare just started a new series of  developer blogs called Developer Spotlight. The idea is to interview  members of the SWTOR development team  letting the playerbase getting to know the faces behind the game. In this first interview, BioWare interviews Jesse Sky, Lead Flashpoints and Operations Designer. Here’s a snip:

What specifically attracts you about Flashpoints and Operation design?

Flashpoint design is a lot like running a tabletop roleplaying game with a massive audience. You get to explore a lot of different kinds of storytelling that aren’t really feasible outside of a video game. I’ve always felt that our Flashpoints and Operations were aided by the fact that you have a very personal story. You actually form a bond with your character, and then you take him on these really wild and dangerous adventures. Every time my Dark Jedi pairs up with a bunch of do-gooders for a Flashpoint, I cackle when I win the conversation rolls. So on one side, it’s a lot of fun to draw up ideas for these adventures and pace out the big reveals.

On the other side of it, encounter design is a challenge that never really loses its teeth. Players are always getting better at the game, and they’ll go to great lengths to absolutely pummel whatever challenge you throw at them. It’s not the kind of job that ever lets you sit back and phone it in. Your team really needs to micro-manage every moving part if you want the content to be engaging, especially the mechanics design and the balance. That can be tiring, but it’s also very rewarding.

Do you have a favorite Flashpoint or Operation boss? Who and why?

My favorite Flashpoint boss is probably Mentor, because every group seems to fail or succeed at that fight in a unique and interesting way. I’ve previously named Firebrand and Stormcaller as my favorite Operations bosses, but it’s really a toss-up between that and Warlord Kephess. I never get tired of watching guilds attempt Kephess, especially when people start dropping like flies in his final phase.

Terror from Beyond is out now – what do you like most about it?

From the perspective of encounter design, I love the final boss. It’s huge, hard-hitting and awesome. Overall, I’d say Terror From Beyond is more challenging and climactic than Explosive Conflict. But in a way, it’s also more approachable because it has five bosses and it ramps up in difficulty in a more obvious way.

Make sure to check out the full Developer Spotlight. The Community Team also opened up a forum thread for players wishing to get some questions in.